Russian opposition leaders from the Party of Progress and RPR-Parnas have decided to run on a joint platform for the 2016 parliamentary elections. They hope to consolidate voters unhappy with Putin into one bloc. 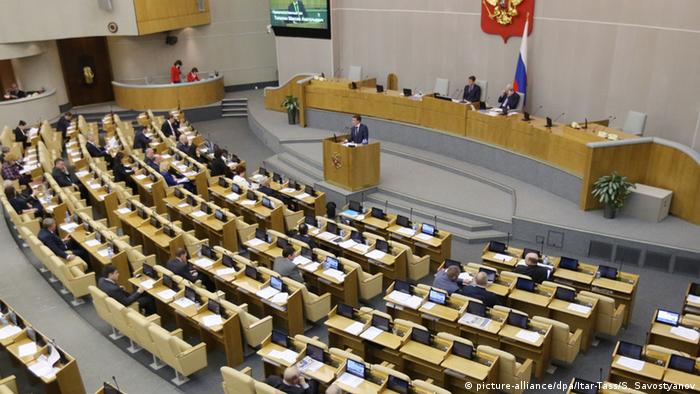 The opposition Party of Progress, led by anti-corruption blogger Alexei Navalny, and RPR-Parnas, co-founded by Mikhail Kasyanov and by murdered Kremlin critic Boris Nemtsov, said in a joint statement on Friday that they were "ready to take responsibility for the future of the country."

"We believe that our alliance is currently the only political power capable of challenging injustice, lies and corruption that keep the current government in place," the Russian opposition parties said in a statement signed by Navalny and Kasyanov, the current leader of RPR-Parnas.

Their parties are to run together in the parliamentary elections scheduled for 2016, as well as local elections in some regions in Russia later this year.

A smaller right-wing party also announced they are joining the political alliance, with opposition leaders hoping for new partners.

Previous attempts at uniting the opposition were unsuccessful, mostly because many Kremlin adversaries come from different parts of the political spectrum.

Competing for a 'bullet'

Russian President Vladimir Putin still enjoys overwhelming public support, despite the recent economic troubles. Many of Putin's adversaries, including Navalny, have faced investigations, police raids and convictions, which they decry as political. Others have been driven out of Russia.

Former Deputy Prime Minister Boris Nemtsov, also a well-known government critic from the RPR-Parnas, was gunned down in late February in Moscow.

A close friend and political ally of Nemtsov's, Ilya Yashin, said that the murdered politician "often joked that infighting among democrats is like competing for prison time," but that things have turned out even more dramatic.

"It's a competition for who gets the bullet first," Yashin wrote on Facebook. "It's clear that if we don't start consolidating, they will kill us all, jail us one by one or, in the best case scenario, squeeze us out of the country."

No 'fair game' in Russia

About one quarter of Russians support opposition viewpoints, Lev Gudkov from Levada sociological research center said. However, "their influence would be much bigger if it were a fair game," the expert added.

"The Kremlin fully controls TV. Regular people simply don't know what the opposition is doing. Their capabilities and those of the Kremlin's propaganda are incomparable," Gudkov said.

Russian President Vladimir Putin believes war between Russia and Ukraine to be "impossible." The head of the Kremlin also rejected the claims of Russian support for rebels in Ukraine in a major TV address. (16.04.2015)