Markus Eisenbichler got the large hill ski-jumping gold while Eric Frenzel won the Nordic combined team sprint event. The wins helped both Germans to their second world titles within 24 hours. 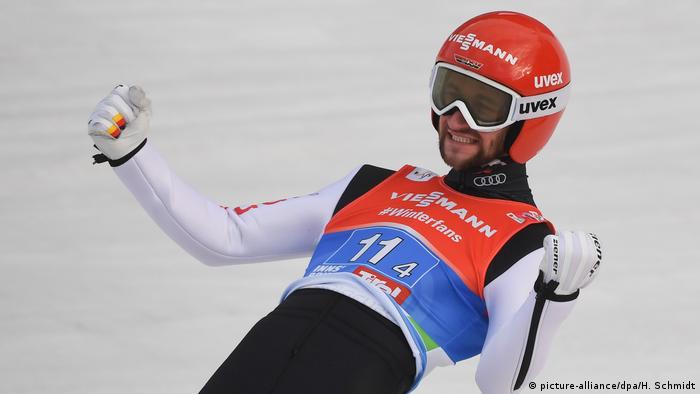 Eisenbichler and his compatriots Karl Geiger, Richard Freitag, and Stephan Leyhe led from start to finish on Innsbruck's Bergisel hill, winning 987.5 points overall, a massive 56.5 points — or 31 meters (101 feet) — ahead of hosts Austria, who took silver, and Japan, who took bronze.

Earlier on Sunday, Frenzel and Fabian Riessle won gold in the combined team sprint event. The pair won on the morning large hill jumping section in Innsbruck and hung on to it in the 10 x 1.5-kilometer cross-country pursuit, building a 30-second lead halfway through the race and winning in 28 minutes 29.5 seconds. 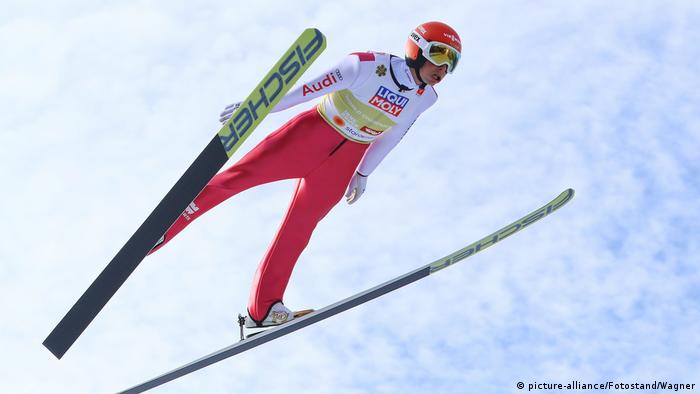 Norway's Jan Schmid and World Cup champion Jarl Magnus Riiber took silver 8.2 seconds back and hosts Austria took bronze thanks to Franz-Josef Rehrl and Bernhard Gruber, who came in an additional second behind.

Sunday's win was also Frenzel's second, having taken the individual title on Friday.

Also on Sunday, Norwegian cross-country king Johannes Hoesflot Klaebo and teammate Emil Iversen captured the team sprint world title, making up for their mishap from 2017 when Iversen collided with another skier on the last leg, costing the Norwegians gold — instead they settled for fourth.

Klaebo stormed up the last uphill in irresistible fashion to clinch his second Seefeld gold on the anchor leg of the classic style 6 x 1.6-kilometer event ahead of Russia and Italy.

The world ski championships continue on Tuesday after a rest day with the women's 10-kilometer cross-country and the first-ever women's ski-jump team event.

Winter sports in the Allgäu

Check-in - Winter sports in the Allgäu