Two German tourists have been killed in Peru after a minibus they were traveling in plunged into a ravine. Ten other Germans were injured. 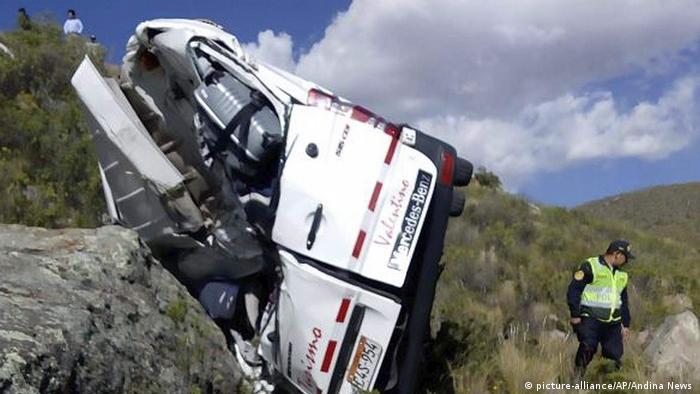 Twelve others, including 10 Germans, were injured in the accident near the city of Chivay.

The tourists were on their way to Colca Valley, a popular tourist site in the Andean nation.

It was the second deadly accident in the last 24 hours. On Thursday, a bus traveling from Chuquimbamba to Arequipa plunged into a river, killing seven people and injuring 23 others.

In November, four German tourists died in an accident in the Huancavelica region.

No less than 41 sites - architectural and natural marvels - in Germany have been placed on UNESCO’s World Heritage list. Each is unique and authentic as well as popular with tourists. (02.06.2017)

A Turkish court sentenced three Syrians to life imprisonment over their role in the 2016 suicide blast that killed 12 German tourists. The bomb targeted the square between the Blue Mosque and Hagia Sophia in Istanbul. (31.01.2018)