Two people have died in a crash at a vintage car race at the German staging of the World Rally Championship. The accident overshadowed the main event, with stages canceled for the rest of the day. 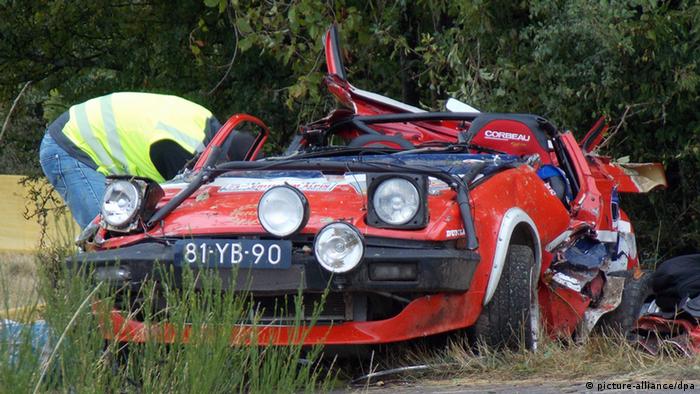 The fatalities on Saturday took place at a section of track where a vintage car demonstration was being held between main race sessions at the Rally of Germany, near to the city of Trier.

Both driver and passenger died in the crash, close to the notoriously difficult "Gina" road jump, which propels vehicles some 40 meters (131 feet) into the air. The car involved, a Triumph TR7, came off the road with the occupants of the vehicle sustaining fatal injuries.

"Two Dutch participants died in an accident on Saturday for yet unknown reasons at the historic demonstration race 'Classic.' Despite immediate rescue efforts the two men died on the spot," said police said in a statement.

"Everyone associated with the event extends their deepest sympathies and condolences to the families, friends and individuals who are being touched by today's terrible tragedy," race organizers ADAC said in a statement.

The last three stages of the main race that were planned for Saturday were canceled, although two stages were to be run on Sunday. The site of the accident, the Arena Panzerplatte, is a former tank training facility.

The accident follows the death two weeks ago of two German female drivers who were killed in a crash at the 54th Wartburg Rally near the Thuringian town of Eisenach.