British pop star Paul McCartney has visited fellow ex-Beatle Ringo Starr for a recording session in Starr's home studio, according to reports. Starr praised his colleague after posting a picture with him on Twitter. 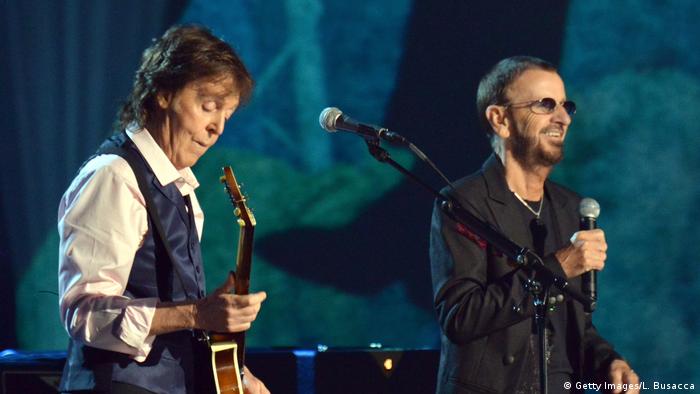 The two musicians worked on Ringo's upcoming album over the weekend in his Los Angeles home, British media reported. The session marks the first time the two ex-Beatles have recorded music in seven years, following Ringo's "Y Not" album that had McCartney playing bass on "Peace Dream" and singing on "Walk With You" in 2010.

Another name from pop music's past, ex-Eagles guitarist Joe Welsh, also appeared for the session.

Ringo Star, one-time drummer in the Liverpool band, is currently working on a follow-up to his 2015 album "Postcard From Paradise." At the age of 76, he is two years older than the only other surviving Beatles member McCartney.

The lead singer John Lenon was assassinated in 1980, while lead guitarist George Harrison died of lung cancer in 2001. Last year, The Beatles' producer Sir George Martin passed away at the age of 90. Martin, who was unofficially known as "the fifth Beatle," had cooperated with the band since the early 1960's and helped them in their rise to fame.