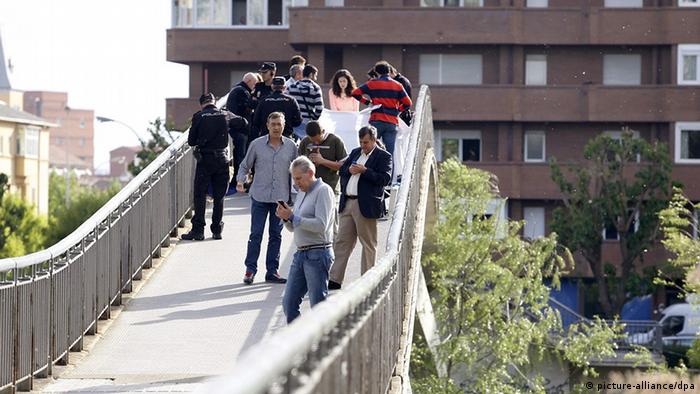 Two women were taken into custody after the killing on Monday, with officials describing the incident as an "act of vengeance."

Officials identified the suspects as the wife and daughter of a municipal police chief, and the act was said not to have been politically motivated.

Fifty-nine-year-old Isabel Carrasco - elected as chief administrator for Leon province - was said to have been shot several times on a pedestrian bridge.

"Everything points to it being a personal act of vengeance unrelated to her public position," an Interior Ministry spokeswoman said.

The daughter was said to have been recently dismissed from a position with the local council.

Both Carrasco's own center-right Popular Party and the main opposition socialist PSOE canceled campaign events head of European Parliament elections, scheduled for May 25.

Carrasco, a lawyer by training, was born in the province of Leon and had been in several different posts at both the province and wider regional level. She was described by the local Diario de Leon newspaper as a "powerful personality."

Since the Popular Party came to power in 2011, it has imposed a wide-ranging program of spending cuts, with 1 in 4 people unemployed. Among under-25s, the unemployment figure stands at over 50 percent.