With the Beijing Olympics just a few months away, violence in Tibet has put Chinese politics in the spotlight. Now the international community -- and DW readers -- are deliberating what should be done next. 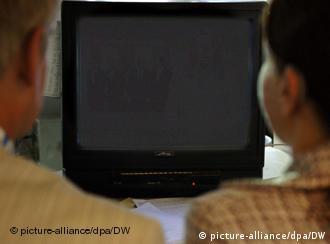 It is absolute necessary that Germany let the Chinese government know that its position and that the action in Tibet is totally unacceptable. Chancellor Merkel is on the right course. -- Guenther Wirth, Somalia

Of course the international community could do more about China, and I think they should be doing more. It is fear of economic reprisal or loss of economic opportunity with China that creates the inertia and inaction. I don't believe that the athletes should boycott the Olympic Games. But I do believe that a boycott of the opening ceremony by dignitaries, government representatives, VIP's and corporate executives should happen. -- Beren Molony, Australia

The Beijing Olympics should be collectively boycotted, period. The Chinese government is comprised of hardcore communists, disallowing human rights and personal freedoms, yet they enjoy all the financial accolades of a free enterprise market. China not only oppresses the people of Tibet, but its very own citizens. I for one will refuse to watch the Beijing Olympics when they are on TV. -- Eric Weiss, US 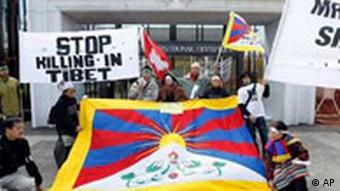 Protests supporting Tibet don't look like they will be stopping soon

The German government should and must take a tougher stance but it won't do that because China is the "market of the future." Money plays the most important role in this game. It is the only medium that is of great significance. -- Walter Roos, Germany

Given that very few EU citizens will be in Beijing for the Olympics, EU citizens can simply change their television channels during the Olympics in order to have a big impact on media and advertising revenues. How hard would that be to show our commitment to the Tibetans? I, for one, will. -- Charles Smyth, Great Britain

Tibet is a separate culture with a long-established society separate from China. It is a shame the great reputation of such an ancient culture as China has brought it self so low in the eyes of the world. Shame on them. -- Camille von Forman, Argentina

The Olympics must stay about sports and not change into politics or religion or anything other than what they are. The trouble will start if we try to mix the pleasure of competition with anything else. -- Pat Schreer, US

The Olympic Games should not be used as a political tool. -- G. Gosau, Canada

There should be a boycott of the Olympic Games. If my government and others fail to protect innocent people from senseless violence then I must look at my options as a world citizen. I lived in Beijing for five months in 1993, and I can attest to how important it is to them to host the Olympics. They should be hit where it hurts. Supporting a boycott is the least I can do. -- Justine, US

China knows any violent response would risk damaging the Olympics Games or international boycott. Those Tibetans were burning, beating and killing innocent people, including both ethnic Chinese and Tibetans, in addition to those poor young policemen. You are sympathetic to rioters but cruel to those innocent people who were killed, or injured badly. -- John Wu, US