Turks in Germany - from employee to employer | Germany| News and in-depth reporting from Berlin and beyond | DW | 31.10.2011

Turks in Germany - from employee to employer

In the 50 years of mass Turkish immgration to Germany, Turks have founded almost 80,000 companies in Germany. But, for many of them, the road to success has been long and difficult. 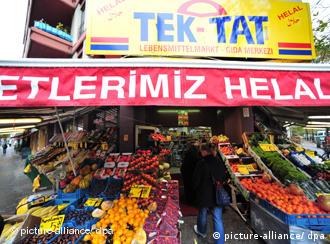 When Turkish immigrants came to Germany as guest workers in the 1970s, many began opening grocery stores or working in markets or as greengrocers.

At that time, according to Holger Floeting from the German Institute of Urban Affairs, their primary market was mostly fellow Turkish immigrants. "When their businesses started out, they naturally mostly catered for the needs of fellow immigrants," says Floeting.

The Turkish retailers offered goods which were difficult to find in Germany, he adds. 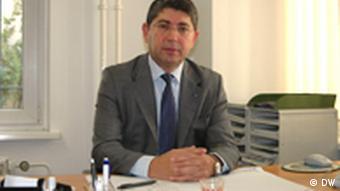 Kaya says Turkish business owners have had to overcome many hurdles

But in the years after that, the unemployment rate, especially among semi-skilled and unskilled workers, rose. Particularly badly hit were foreign citizens - including the Turkish population. Many saw self-employment as a way out of joblessness.

According to Bahattin Kaya, a member of the Turkish-German Chamber of Industry and Commerce (TD-IHK), the Turks had to overcome many problems on the road to self-employment.

The immigration law at the time proved to be the biggest obstacle. It dictated that Turks were not permitted to work as independent traders. "Back then, many people of Turkish origin operated businesses under a German registered name," says Kaya.

Nowadays migrants who have a permanent residence permit for Germany can be self-employed without the need for a German business associate. On the homepage of the Ministry of Economics and Technology's website, information is available in Turkish for those who wish to start their own business. 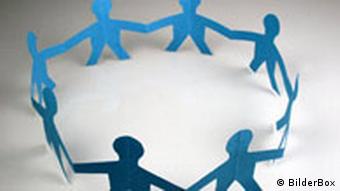 According to recent statistics, the number of self-employed businessmen and women of Turkish origin has reached around 80,000. They employ an additional 400,000 people.

Floeting, a specialist in Turkish companies in Germany, says that the target market of many of these companies now also includes German consumers. Indeed the image that many people had of self-employed Turkish immigrants has now changed. Yet on first glance this is not immediately clear.

"When you look closely at the name plates in front of the offices of doctors, lawyers and advertising agents you can see the types of jobs which are being offered to people in the service industry, yet this isn’t evident just walking around on the street. Often the large companies [run by ethnic Turks] are just overlooked," says Floeting regretfully.

According to TD-IHK President Rainhardt Freiherr von Baron Leoprechting Turkish immigrants in the service sector have been the most successful.

"If you visit a Turkish tradesman at 9 p.m. because you have forgotten something, you are not greeted with a long face but with someone who is pleased that someone is enquiring about his merchandise," he says.

Turkish immigrants make up the majority of entrepreneurs with an immigrant background and it is estimated that the number will continue to rise over the next few years.

Small and medium businesses operated by the Turks are largely worth more than just their economic value, says Floeting. "They are committed to the communities where their companies are active. They serve a great function by supporting integration."

In many cases integration is reliant on the job market, he argues. "By creating jobs and employing people they are making integration possible."

My first day in 'Almanya'

DW's Baha Güngör came to Germany from Turkey - where everyone told him the Germans would be good to him - when he was a child. He remembers the long journey 50 years ago, and recounts how his life unfolded in Almanya. (31.10.2011)