Special forces are trying to free Istanbul prosecutor Mehmet Selim Kiraz, being held hostage by leftist terrorists. Kiraz is handling Berkin Elvan's case, a teenager who died during the 2013 protests in Turkey. 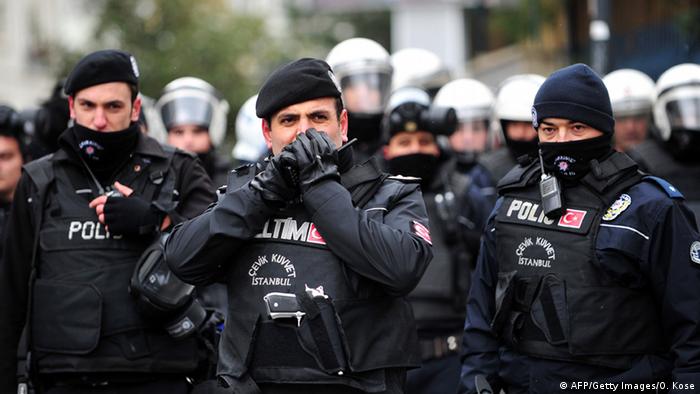 Commandos surrounded an Istanbul court on Tuesday where members of Turkey's extremist Revolutionary People's Liberation Party- Front (DHKP/C) took a prosecutor hostage. There were reports of gunfire from the building.

The lawyer, Mehmet Selim Kiraz, was investigating the case of Berkin Elvan, a 15-year-old who was hurt in a police crackdown during anti-government protests in 2013.

Journalists in Istanbul tweeted terrorists' demands, which included police officers confessing on television that they were responsible for Elvan's death and to reinstate people who were removed from their positions for participating in rallies supporting the 15-year-old.

If the demands were not fulfilled by 15:35, the prosecutor would be killed.

Berkin Elvan has become a symbol of police brutality for activist groups in Turkey since his death last year. The Marxist Leninist DHKP/C accuses President Erdogan's ruling AK party for killing the 15-year-old.

The teenager was hurt by a teargas canister fired by police who were taming a group of protestors. Elvan, who had reportedly gone out to buy bread for the family, was severely hurt and fell into coma for 269 days. He died last year in March.

Meanwhile, power outages in Turkey's major cities also raised suspicions of terror attacks. There were however no indications of the two incidents being related.

The trial of more than two dozen anti-government activists accused of organizing last year's Gezi protests has begun in Istanbul. The defendants face up to 29 years in prison if convicted. (12.06.2014)

US sanctions Russian research institute over suspicious malware 1h ago