Turkish Prime Minister Ahmet Davutoglu has said all measures will be taken to prevent missile fire in Kilis. The town, bordering an IS-controlled region in Syria, has repeatedly come under fire in recent weeks. 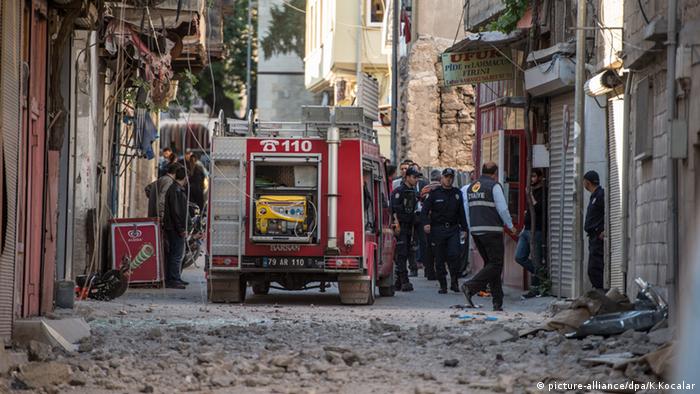 As German Chancellor Angela Merkel headed to neighboring Gaziantep on Saturday, a fresh wave of rocket attacks were launched on Kilis, killing three people. The previous day, two people died and four others were injured in a similar incident.

According to the Dogan news agency, the rockets had been fired from territory under control of "Islamic State" (IS) forces in northern Syria. The jihadi militant group is fighting Syrian rebels in the area, including factions backed by Ankara.

Kilis is one of the main regions currently hosting refugees from the Syrian war, with some 130,000 people having fled to the city. According to officials, prior to the breakout of the war five years ago, the region had 90,000 inhabitants. In total, Turkey is hosting around 2.7 million Syrian refugees.