Turkish media under pressure ahead of election | Middle East | News and analysis of events in the Arab world | DW | 25.05.2015

With less than two weeks to go before parliamentary elections, the Turkish media finds itself under siege. Some journalism organizations have compared their situation to what Germany experienced under the Nazi regime. 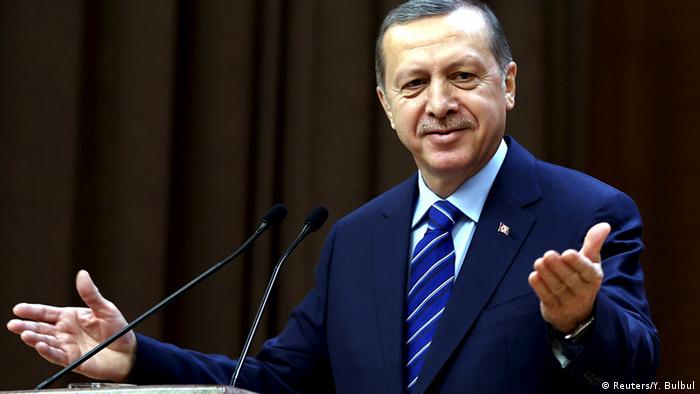 Political neutrality is obviously no longer an issue for Turkish President Recep Tayyip Erdogan. On a daily basis, he fiercely criticizes his personal rivals and the opposition to his ruling Justice and Development Party (AKP).

Campaign promises made by opposition lawmakers are turned into a laughing matter with sentences like "either they can't add or they've never been beaten up."

In recent days, the Turkish president has sharpened his tone against the Turkish press and set the country's judiciary against individual journalists, as well as against entire media organizations. The most recent example involved the (staged) dispute with the daily newspaper "Hürriyet," an incident of which President Erdogan was evidently aware.

The traditional newspaper, in reporting on the recent death sentence handed down to former Egyptian President Mohammed Morsi, had referred to the fact that the ex-leader had won 52 percent of votes in the 2012 democratic election. Because Erdogan had won the exact same percentage of votes in August, the Turkish leader saw the reference as an indirect attempt to call for his downfall. 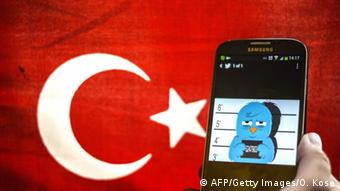 Earlier this year, Erdogan tried to ban Twitter, but a court overturned the move.

Erdogan's lawyers are currently calling for the arrest of "Hürriyet" editor-in-chief Sedat Ergin and other leading representatives of the flagship media group Dogan.

As he put it in his own words, the Turkish leader intends to prevent the media from "overthrowing governments and building new ones," which they have done until now "without resistance."

Meanwhile, more and more leading journalists fear the loss of control over the media in terms of the public. The president of the journalist's union TGC, Ugur Güc, complains that the Turkish public hasn't had access to an independent, democratic source of information for quite some time.

"Twenty-one journalists are sitting in jail. Reporters are wasting a large amount of energy answering to thousands of preliminary investigations - both impending and ones that have already been launched - at the state prosecutor's office."

For Güc, it's understandable that there are more and more comparisons being made - most notably on social media - with the conditions journalists faced under Adolf Hitler's National Socialist dictatorship.

"Back then, political adversaries and people who thought differently were silenced by propaganda and intimidation. Today, we're observing attempts that are absolutely comparable," said Güc.

Furthermore, an increasing number of corporations are switching sides in order to secure their business activities and to increase the chances of lucrative state contracts. Independent journalism is out of the question in this climate, says Güc.

University of Istanbul economics Professor Mehmet Altan, who also works as a journalist and writer, can't accept the fact that at present "the Constitution has been suspended" and a "civilian coup d'etat" has taken place.

Altan hopes that his country will weather the "lawlessness" and transition into a "phase of democratic restoration."

But that type of change won't come for a long time. The fact that Turkey has ranked 149 out of 180 countries on Reporters without Borders' press freedom index is evidence of the wide gap between expectations and reality in Turkey in relation to Erdogan's declaration that: "Nowhere is the press freer than in Turkey!"

Yavuz Baydar of Plattform P24 for independent journalists says that self-censorship has become the norm: " It's part of the professional culture nowadays and a form of self-imprisonment."

Those who oppose it are simply fired, something which is substantiated by the fact that roughly 80 percent of the media now falls under the control of the government.

Clashes broke out between supporters and opponents of Recep Tayyip Erdogan on Sunday in Karlsruhe, amidst an appearance by the Turkish president. Erdogan's visit came ahead of the Turkish general election in June. (10.05.2015)

Turkey elects a new parliament on June 7. The ruling AKP party is at risk of losing votes, so President Erdogan is out campaigning. By doing so, he's ignoring constitutional limits, writes Thomas Seibert from Istanbul. (08.05.2015)