Turkish journalist and writer Ahmet Sik has been formally charged with spreading "terror propaganda" by an Istanbul court. More than 80 journalists are behind bars in Turkey following a failed coup in July. 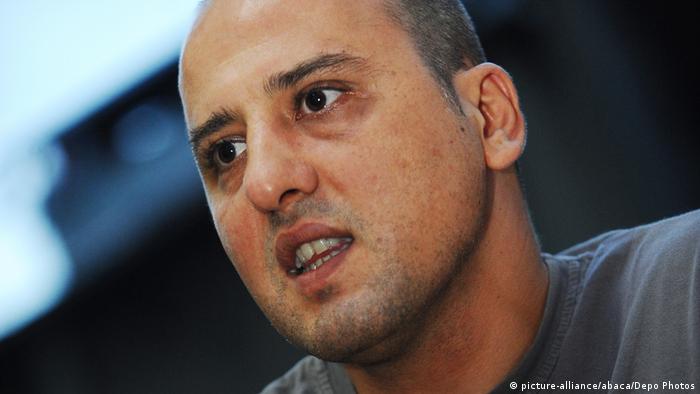 Ahmet Sik, journalist for Turkish opposition newspaper "Cumhuriyet," was charged in court with spreading "terror propaganda" after posting tweets and articles about the outlawed Kurdistan Workers' Party (PKK), the European Union and the United States.

Sik was detained Thursday, and told his followers of his detainment on Twitter before he was taken away, adding "I'm being brought before a prosecutor for tweets."

State-run Anadolu news agency said Sik was also accused of spreading propaganda for the Revolutionary People's Liberation Party-Front (DHKP-C) and a group led by self-exiled US-based Islamic cleric Fethullah Gulen, who is accused by Turkish President Recep Tayyip Erdogan of being behind the failed coup in July. Anadolu continued by adding that Sik was accused of insulting the state, the judiciary system, the military and the police.

Sik is a staunch critic of both Gulen and Erdogan, and previously served more than one year in prison after he wrote a book about Gulen and how his followers infiltrated the Turkish government. The book, "The Imam's Army," also looked into a plot by the so-called Ergenekon group trying to overthrow the Turkish government. Sik also worked for one of the few opposition newspapers still in operation following the failed coup.

"Handcuffs have been slapped again onto journalism, reporting and the right to obtain information. Ahmet Sik has been remanded in custody," said lawmaker Sezgin Tanrikulu from the main opposition Republican People's Party (CHP) in the Turkish Grand Assembly.

The DHKP-C has carried out armed attacks in Turkey. The PKK has fought for decades for autonomy in the Kurdish majority southeast of the country. Both the DHKP-C and PKK are considered terrorist groups by Turkey, the US and the EU.

The Committee to Protect Journalists (CPJ), a press freedom organization based in the US, says at least 81 journalists were imprisoned in Turkey as of December 1 and more than 130 Turkish media outlets have closed since July. Most of the journalists in Turkish prisons have been accused of spreading terrorist propaganda.

More than 100,000 civil servants, members of police and academics have been detained, suspended or dismissed by the Turkish government due to suspected ties to Gulen following the July coup attempt.

Death of press freedom in Turkey?

Asli Erdogan will be freed after 132 days in detention alongside one of her two co-defendants. A court has ordered their release from custody, but none of them will be able to leave the country. (29.12.2016)

Reporters Without Borders labels Erdogan as 'enemy of press freedom'

The Turkish regime has arrested at least 200 journalists and closed over 120 media outlets since the coup attempt, Reporters Without Borders said. Berlin described the media situation in Turkey as "extremely alarming." (02.11.2016)