Imams in Germany have informed Turkish authorities of alleged supporters of cleric Fethullah Gulen, according to reports. Germany's religious leaders have urged authorities to clarify the situation before it's too late. 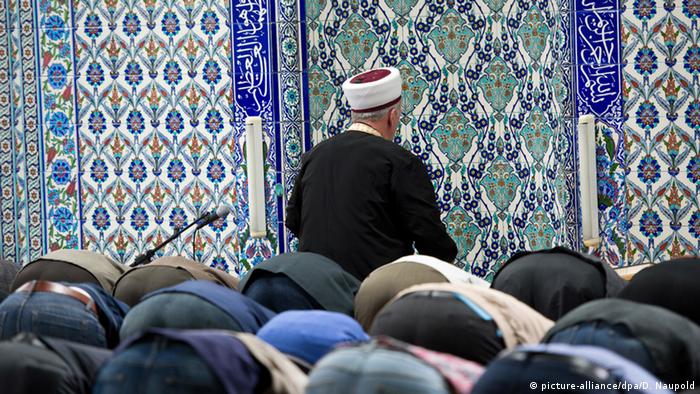 A state intelligence body has discovered that imams at one of Germany's largest Islamic organizations have gathered intelligence at the behest of Turkey's official religious authorities, the "Kölner Stadt-Anzeiger" newspaper reported Tuesday.

Germany's largest Islamic organization has admitted some of its preachers acted as informants for the Turkish government. The statement is likely to further strain German-Turkish relations and inter-religious dialogue.

The Office for the Protection of the Constitution in North Rhine-Westphalia found that imams at the Turkish-Islamic Union for Religious Affairs (DITIB) submitted the names of alleged supporters of exiled Turkish cleric Fethullah Gulen to Turkish consulates in Cologne, Düsseldorf and Munich.

At least three lists, including up to 28 names and 11 institutions, had been given to religious attaches at Turkey's diplomatic missions in Germany, the Cologne-based newspaper reported.

North-Rhine Westphalia's Interior Ministry confirmed to the newspaper that the names of at least five teachers at state schools had been discovered on the lists. Turkey's state religious authorities reportedly issued the order to spy on alleged Gulen supporters and gather intelligence on them.

According to local media, at least two preachers had been ordered to return to Turkey in an alleged bid to circumvent prosecution if they were caught spying on Gulen's supporters.

Ankara has accused Gulen of orchestrating last July's failed military coup from his base in the US in a bid to oust Turkish President Recep Tayyip Erdogan. Since then, thousands have been rounded up in a nationwide crackdown on the cleric's supporters.

In a visit to Mozambique on Tuesday, Erdogan warned that the group blamed for the coup attempt could infiltrate state institutions in other parts of the world where it operates.

Thomas Sternberg, the president of the Central Committee of German Catholics (ZdK), urged authorities to clarify the situation in a bid to prevent the Islamic organization from being unwittingly discredited by the reports.

"I can only warn against discrediting the entire DITIB," he said.

"However, if DITIB does not succeed in becoming independent, to a greater extent than before, then the entire process of dialogue with [religious] associations will need to be reoriented and sorted," he added.