Turkish-German Vote Anything But Certain | News and current affairs from Germany and around the world | DW | 01.09.2005

Turkish-German Vote Anything But Certain

German politicians are busy wooing Turkish-Germans. But, disenchanted with both the conservatives' anti-Turkish rhetoric and the Social Democrats' unpopular reforms, the group is proving politically unpredictable. 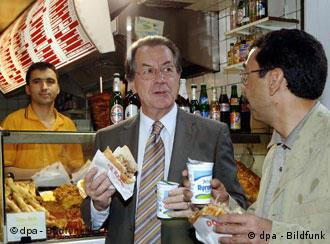 In recent weeks, Kreuzberg -- Berlin's heavily Turkish and alternative district, marked by a laid-back air, entrepreneurial spirit, and the smell of kebabs and lattes -- has been witnessing a burst of activity. 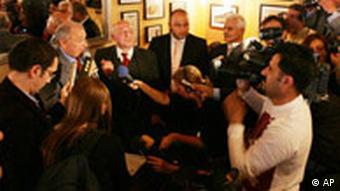 German politicians in a Turkish restaurant in Kreuzberg

As federal elections loom, politicians of all stripes have been dropping in on the colorful neighborhood's numerous small shops and cafés, visiting kindergartens and schools where almost 90 percent of the children are of foreign origin.

Most Kreuzbergers are unfazed by the spectacle.

On a sunny morning this week, Gülcan Aydemir, a housewife and mother of three, who came to Germany from Turkey at the age of four, put her heavy shopping bags down in front of an election poster of Ahmet Iyidirli, the local Social Democratic (SPD) candidate.

"Never seen him before," the 41-year-old said. "It’s the same thing each time. The politicians only think of us Turks when elections are around the corner."

But politicians do have good reason to woo Turkish-Germans. Of the 2.6 million Turks living in Germany -- the country's biggest group of immigrants -- an estimated 600,000 have been naturalized and are entitled to vote. 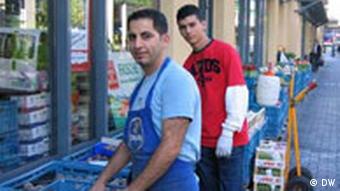 Though that number may seem insignificant in a voting population of about 61.5 million, it is enough to tip the scales when the parties are neck-and-neck at the polls -- as happened during the last elections in 2002.

"We had a really slim majority at the time and the few thousand Turkish-German votes proved very valuable and helped us to win," said Ozan Ceyhun, in charge of organizing a campaign to get the "foreign vote" for Chancellor Schröder's SPD.

Political preferences among Germany's Turks have been clear-cut so far. The large majority has traditionally voted for the SPD. According to one study, upwards of 65 percent now back the SPD; the opposition Christian Democrats (CDU) enjoy support of around 9 percent.

Those political leanings are reflected in the German parliament, which currently has one Turkish-German member each for the SPD and the Green party, but none from the CDU or the free-market liberal Free Democratic Party (FDP). 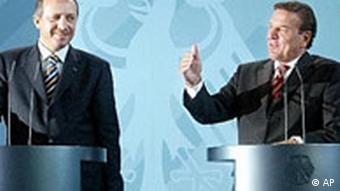 Dirk Halm of the Essen-based Center for Turkish Studies traces the SPD's popularity among Germany's Turks to the party's working-class origins.

"The first contact between the SPD and many Turks who came as guest workers to Germany in the 1950s and 60s was through trade unions, and it was a strong political and cultural connection that lasted generations," Halm said.

However, the CDU does attract some Turkish-Germans, especially members of the business community, to its ranks. According to some, the party's traditional support of family values and business-friendly policies do have the potential to resonate with the Turkish-German community.

"Most Turks in Germany are very conservative and the CDU would seem to be their natural choice. But the CDU continues to turn them off with its anti-Turkish politics and rhetoric," Özcan Mutlu, a Green party candidate from Kreuzberg and a member of the Berlin state parliament told Spiegel Online. 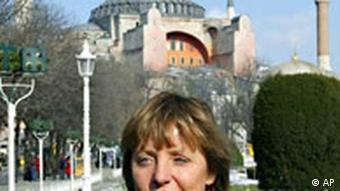 This time seems to be no different. The conservatives under the leadership of Angela Merkel have taken a vehement stance against Turkey joining the European Union, offering it a so-called "privileged partnership" instead.

The position has predictably irked and further alienated many Turks in Germany, according to Ozan Ceyhun of the SPD.

"The thinking among Turks is that 'if they (the CDU) don't want my country of origin in the EU, then they don't want me here in Germany either.' It's definitely perceived as discriminatory," Ceyhun said.

Disillusioned by the SPD too

Despite the obvious political preferences, experts warn that Turkish-Germans are far from having made up their minds about which box to check on the ballot on Sept. 18.

Many are said to be disillusioned with the SPD on account of a new regulation in the naturalization law which has led to some 50,000 Turkish-Germans losing their German citizenship.

Hakki Keskin, the first Turkish-born German to be elected to the German parliament and who left the SPD after 30 years and is now campaigning for the fledgling Left Party, said many were also "bitterly disappointed" by the SPD's "neo-liberal" social and economic reforms which have hit poorer Turks.

"The reforms are far removed from the social justice that the SPD is supposed to stand for. I'm not the only one turning away from the party," Keskin said.

Disenchantment with both the big mainstream political parties in Germany may have made the Turkish-Germans politically unpredictable this election. But in the end the crunch issues of jobs and economy will decide the vote, according to some.

"So much has changed since the last general election. Work is the key concern now and the Turkish community is particularly affected by unemployment," said Dirk Halm. 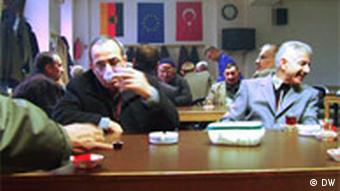 In Kreuzberg, where the jobless rate is more than 20 percent and every third teenager drops out of school, that theory seems to hold especially true.

Mesut Yatci, 22, who works in a travel agency, said he couldn't care less about politics.

"Whether Turkey makes it into the EU or not isn’t important to me," said Yatci, who is of Turkish origin and born in Germany.

"I'll vote for the party that really does something to fight unemployment and create more jobs," he said.

Beck: 'Germany is Open to Immigrants'

Marieluise Beck has been Germany's commissioner for integration for nearly seven years. In an interview with DW-WORLD, she cited the 2004 Immigration Act as her greatest achievement. (Aug. 28, 2005)