A Turkish court has blocked a government decision to redevelop Istanbul's Gezi Park, which had sparked protests that drew 2.5 million people to the streets nationwide. The ruling marks a victory for the opposition. 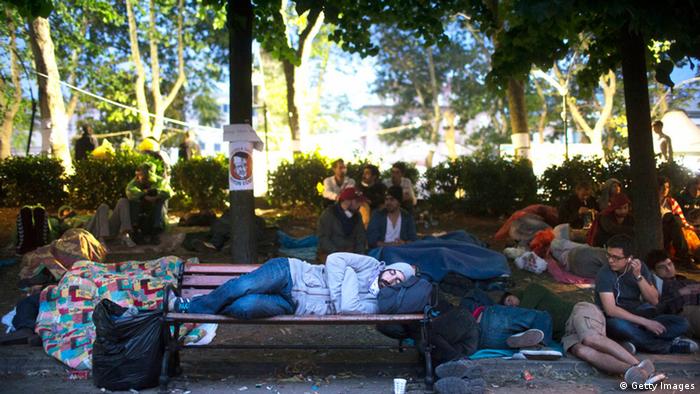 The administrative court justified its ruling, made last month but only revealed by Turkish media on Wednesday, by saying that the government had failed to sufficiently consult the "local population" about the redevelopment project. The decision represents a blow to a project strongly backed by Prime Minister Tayyip Erdogan

The court ruled that the plan "violates the preservation laws in force and the identity of the square and of Gezi Park," according to the daily newspapers Zaman and Hurriyet.

The Taksim Square project, which would have involved cutting down trees and erasing nearby Gezi Park, became symbolic for opponents of Erdogan's government, seen by many as increasingly authoritarian. A peaceful sit-in to save Gezi Park's 600 trees from razing prompted a brutal police response on May 31, spiraling into nationwide outpourings of anger against Erdogan and his ruling Justice and Development Party. On June 14, at the height of the protests, which left four dead and more than 7,500 injured, Erdogan said that he would respect the court's decision and ordered a halt to construction work there.

Authorities may still appeal the decision.