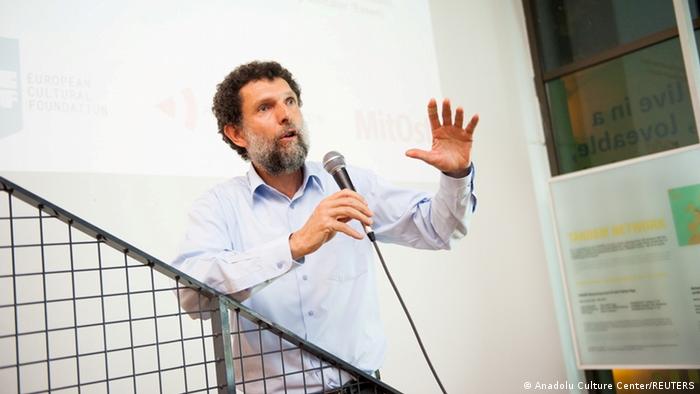 A Turkish court on Monday ruled that civil rights activist and philanthropist Osman Kavala must remain behind bars in pretrial detention, despite widespread calls for his release.

Kavala is accused of being a financier of anti-government protests in 2013 and of helping orchestrate the 2016 coup attempt against the government of Turkish President Recep Tayyip Erdogan.

The court ruled by a majority that Kavala must stay in detention for the duration of his trial. He has spent more than four years in jail without any conviction. Kavala's next court date was set for February 21.

Kavala's case has strained relations between Western countries and Ankara, and placed Turkey on a collision course with the European Convention for Human Rights, to which the country is a signatory.

In October, 10 Western countries appealed for Kavala's release. The Council of Europe had given Turkey until Wednesday to either free Kavala or "submit in concise form" its justification for keeping him behind bars.

German Human Rights Commissioner Luise Amtsberg said in a statement that, with Kavala's continued detention, "Turkey has been violating its obligations under the European Convention on Human Rights for years."

Amtsberg said member states of the Council of Europe had in December adopted a decision to open infringement proceedings relating to the matter. It was now up to Turkey to "prevent further steps from being taken."

The European Court of Human Rights (ECHR) has also called for Kavala's release, and ruled in 2019 that Kavala's rights had been violated

If Ankara does not provide a legal justification by the Wednesday deadline for Kavala's continued detention, the Council of Europe could send the case back for further action to the ECHR at its next hearing set for February 2.

Why is Kavala in jail?

The businessman, activist and philanthropist was arrested in October 2017, accused of having links to the Gulen movement, which Ankara has labeled a terrorist group. The Turkish government believes the movement, led by exiled preacher Fethullah Gulen, launched the failed 2016 coup against President Erdogan's rule.

The 64-year-old Kavala is accused of financing 2013 anti-government protests and playing a role in the coup attempt.

Kavala denies the charges and has become a symbol of  sweeping crackdown Erdogan unleashed after the failed revolt.

After attending previous hearings in Istanbul's main court via video link from his prison cell on the city's outskirts, the activist says he does not have faith that he will receive a fair trial. If convicted, he could face a life term without the possibility of parole.

Osman Kavala told an Istanbul court the charges against him "are not based on any evidence." He's spent years in pretrial detention, and was arrested again on separate charges hours after a Turkish court acquitted him.