Turkey's parliament has approved controversial legislation that would tighten government control over the internet. Critics say it will limit freedom of expression, but the government insists it is to protect privacy. 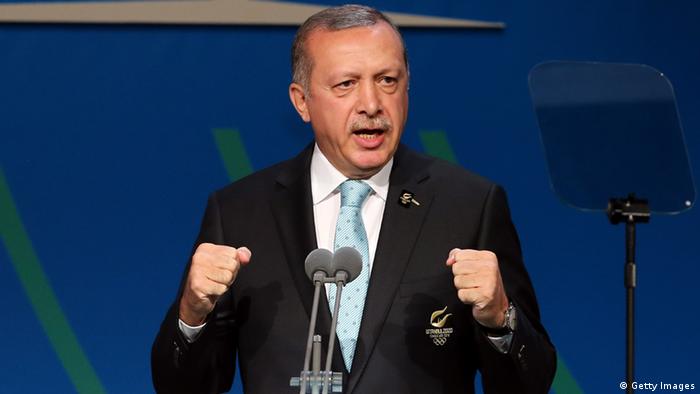 The new law would allow a government agency, the Telecommunications Communications Presidency (TIB), to block websites without a prior court decision, if they are believed to violate privacy or contain content considered insulting.

It would also force internet providers to keep retain users' data records for two years. They would then be obliged to provide authorities with that information upon request without a court order and without notifying the user in question.

The measures build upon existing internet restrictions introduced in 2007 that, according to a Google transparency report published in December, make Turkey equal to China as the world's biggest web censor.

Under the 2007 law, websites including blogging tool Wordpress and video-sharing services DailyMotion and Vimeo have been blocked temporarily. YouTube was also blocked for two years until 2010.

Turkey's parliament approved the draft bill in December, further angering anti-government protesters who have been out in force for several months in response to a corruption scandal that has drawn in several top political figures.

Opposition politicians and critics have branded the latest legislation as censorship. They claim it is a fresh assault from Prime Minister Recep Tayyip Erdogan's government on freedom of expression, press freedoms and access to information, particularly in light of recent protests.

"When you came to power you talked of enhancing democracy in Turkey, Now you are trying to implement fascism," opposition lawmaker Hasan Oren said as the debate opened on Wednesday.

"Remember that Adolf Hitler used the same methods when he rose to power," he added.

Erdogan's government has dismissed opposition claims, however, asserting that the legislation is designed to protect privacy and does not amount to censorship.

There is "no such thing as internet censorship. We are freer compared to many other countries and have freedom of press," said Deputy Prime Minister Bulent Arinc.

The new legislation is part of a package due to be approved by parliament on Thursday and signed into law by the president.