Turkey′s NATO officials seek asylum in Germany amid Erdogan crackdown | Europe | News and current affairs from around the continent | DW | 17.11.2016

The majority of Turkish officials, reported to be military employees at NATO bases in Germany, have refused to return to Ankara despite orders. Berlin is now assessing the best way forward "with great care." 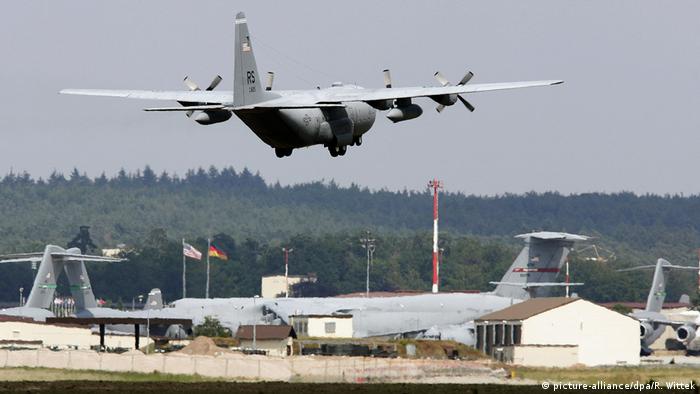 A high number of Turkish personnel working at NATO military bases across Germany have refused to return to Turkey after being called to report back to military headquarters in Ankara following the July 15 coup attempt.

According to the latest information obtained by DW's Turkish service, close to 60 Turkish nationals holding diplomatic passports have remained in Germany since July, despite their assignments coming to a close, receiving orders to return or having their passports canceled.

The information obtained shows that the majority are military personnel employed at NATO bases and not direct representatives of Turkey's Ministry of Foreign Affairs. Some of them have reportedly filed asylum applications in Germany. The reported number of 60 individuals choosing to remain in Germany is not limited to active government officials, but includes family members of the personnel as well.

The family of the defense attaché of the Turkish Embassy in Berlin, known by the acronym AD (in accordance with Turkish legal guidelines on reporting), is said to be among those who have applied for asylum status in Germany after he refused to return to Ankara upon the completion of his assignment.

According to diplomatic sources, only three Turkish government officials working in Germany have returned to Ankara since the failed putsch in July, having been ordered back by the Turkish Ministry of Foreign Affairs directly. Following extensive interrogation, all three have been discharged from public office.

Meanwhile two other employees working in senior positions at Turkey's diplomatic missions in Germany are reported to have refused to return to Ankara despite being ordered to do so. One said he was pursuing academic studies, while the other said he preferred to remain in Germany on account of his spouse being a German national.

The issue of Turkish government officials refusing to return to Turkey and instead opting to apply for asylum status in Germany is beginning to create tensions between Ankara and Berlin. Turkey has supplied its allies with personal details of public officials who have been ordered to return and of those whose passports have been canceled, and keeps trying to push for their asylum rights to be rejected.

The Turkish government states that this would be in support of ongoing investigations dealing with "threats to national safety," stressing that it expects allied nations to "not back those suspected of any involvement in the coup attempt." 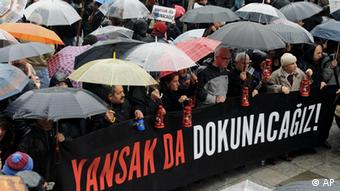 These developments have also led to difficulties with German authorities. Germany now finds itself feeling rather uncomfortable with the latest developments in Turkey, having condemned the coup attempt and having announced its support of the ongoing efforts to shed light on those events.

It also appears to be practicing a great deal of caution when it comes to processing extradition requests from Turkey after recent reports suggested that the principles of the rule of law have been suspended during police interrogations since the failed coup.

At the same time, Germany is also trying to avoid taking any measures that would result in major repercussions with Ankara, as it considers Turkey an important partner for finding a solution to the refugee crisis, combating the so-called "Islamic State" and reaching a political solution in Syria.

NATO allies other than Germany are also getting worried about the fact that officials in critical positions with access to important information appear to be among the group of soldiers refusing to leave Germany to return to Turkey.

An official told DW's Turkish service, "We are following all developments attentively and analyzing the process with great care."

Meanwhile, the number of service members who have been discharged from the military or suspended from service since the coup attempt has surpassed 7,000. According to Reuters news agency, the number of Turkish military personnel dismissed from the NATO framework alone reached 400 last month. The report also specified that at NATO's headquarters in Brussels alone, 41 of 50 Turkish military personnel had been withdrawn from duty.

According to diplomatic sources, Turkey in recent weeks has been trying to fill those open positions at NATO again, noting, however, that the government has been struggling at times to communicate and coordinate this effort with the relevant military authorities.