As the Saudi-led countries that blockade Qatar get together in Cairo on Wednesday, Turkey's involvement in the standoff is likely to impact on the region as a whole. 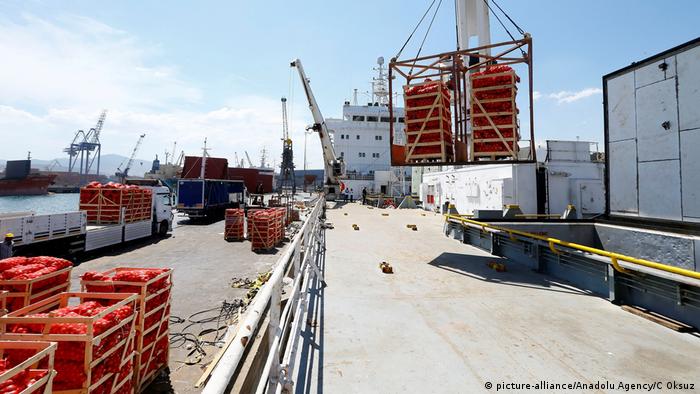 Turkey has sent food aid, and a symbolic contingent of troops, to embargoed Qatar

Following the monthlong rift between the Saudi Arabia-led countries and Qatar, the ongoing economic and political blockade against the tiny Gulf state is about to take another turn.

The deadline for the list of 13 demands leveled at Qatar expired late Tuesday.

Qatari Foreign Minister Mohammed bin Abdulrahman Al Thani on Monday hinted that his country would not meet them. And Saudi Arabia confirmed via Twitter on Wednesday that Qatar had responded, but details are yet to emerge.

The list of demands includes shutting down the Al Jazeera news network, headquartered in Doha and financed by the Qatari government, scaling down ties with Iran, and closing the Turkish military base in Qatar.

Interview: Why Turkey is standing behind Qatar in the Gulf crisis 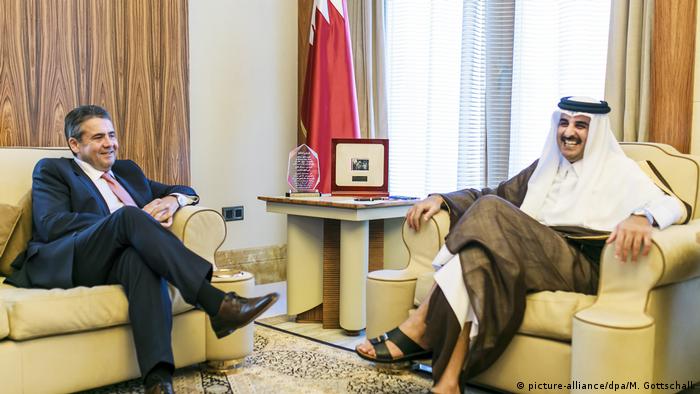 Since the beginning of the rift, Turkey has been an ardent supporter of Qatar and urged the Saudis to reconcile the situation. On June 22, Turkish President Recep Tayyip Erdogan spoke with Saudi Arabia's King Salman on the phone and reportedly reiterated his country's desire to resolve the rift diplomatically.

However, one day later, the demands issued to Qatar - not least to close the Turkish base - were lambasted by Erdogan.

Erdogan described them as "against international law and breaching the sovereign rights of a state."

Although the Saudi-led blockade is directed principally at Qatar, the demands regarding Turkey and Iran have added a broader, regional dimension.

According to Turkish political analyst Serhat Erkmen, what has been happening since early June reflects more substantive changes in the Gulf.

Speaking to DW, Erkmen said "both regional and external powers have engaged in a power struggle in the Middle East and I think we should view the Qatar issue through that lens." 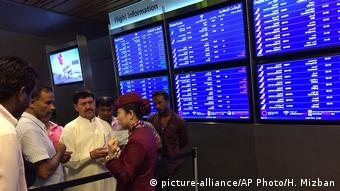 Turkey elected to wade in with economic and political help as well as symbolic military aid, sending a small contingent of troops to the country for training purposes. But analysts note that this type of support has consequences.

For Galip Dalay, research director at the Al Sharq Forum and associate fellow at the Al Jazeera Center for Studies, a think tank funded by the broadcaster, Turkey has lost the opportunity to claim neutrality and mediate.

"By hastily sending troops to Qatar, Turkey missed the opportunity to become a mediator or play a third-party role, and has picked a side in this crisis," he told DW.

For some observers though, Turkey's support for Qatar has actually prevented a potential invasion or toppling of the current Qatari administration.

Wadah Khanfar, the former managing director of the Al Jazeera news network, told DW that without the Turkish intervention, the row could have escalated to a much more dangerous point.

"That means we could have witnessed some form of military intervention. And that would have created another war in the region," Khanfar said. "The Turkish promise of sending troops to Qatar did stop that kind of escalation and created another track of negotiations and demands."

However, not all analysts agree that the Saudis would go as far as invading their neighbor, one of the world's prime producers of natural gas. Sultan Barakat, director of the Center for Conflict and Humanitarian Studies at the Doha Institute, doubts the viability of that option.

"The Gulf still has very fresh memories of the Iraqi invasion of Kuwait," he told DW. And "this is not the same situation as was the case in Bahrain," Barakat said, referring to the Saudi intervention in the tiny island country during the height of Arab Spring protests against its monarchy. Bahrain, unlike Qatar, is a close Saudi ally; Riyadh was seeking to prop up its at-risk regime.

What's next for Turkey?

As Saudi Arabia, the United Arab Emirates, Bahrain and Egypt get together in Cairo to discuss their next steps on Wednesday, researcher Dalay believes that this crisis is a precursor to a changing reality in the Gulf.

"This currently anomalous political polarization in the region is about to become the new normal," he said.

Turkey has developed a warm relationship with Qatar over the past decade. Economic ties have been growing, but one might argue that mutual symbolic gestures have played the most important role in the bilateral ties' development.

Qatar had expanded Al Jazeera in Turkey and a Turkish website was online for about three years until its recent closure. Khanfar said that the network shut down the Turkish outlet due to financial constraints, as was the case with the closure of Al Jazeera America.

The Qatari emir was also among the first heads of state to denounce the infamous July 2016 coup attempt in Turkey.

And in return, Turkey offered help to Qatar when the Gulf state had to deal with the effects of the Saudi-led blockade. So far Turkey has sent more than 100 planeloads of relief and most recently a cargo ship carrying 4,000 tons of food aid. Ordinarily, affluent Qatar relies heavily on Saudi Arabian food exports.

Khanfar notes that what Turkey is doing in this case is in line with its broader regional interests. Acknowledging the three major regional players, the two others being Saudi Arabia and Iran, the former Al Jazeera head believes that these three need to find a balance when attempting to reshape the region.

"What happened over the past few weeks eventually boiled down to Saudi Arabia's attempts to reshape a new structure in the region, without consensus from either Turkey or Iran," he said.

Clarity on what comes next remains elusive, despite the impending deadline. Although Turkey's decision to weigh in seems to have given the Saudi-led countries pause for thought, it's not clear what Turkey would do should the situation continue to deteriorate.

Some believe that further escalation is the last thing Turkey wants, especially not of a military nature. "Turkey wants to play a deterrent role" Dalay said. "But it doesn't want its deterrence to be put to the test."

"I believe the Turkish government is not clear about what to do in the event of a Saudi military operation, but since it has troops in Qatar, I think it would inevitably find itself a part of the conflict."

Despite a deepening diplomatic crisis with its neighbors, Qatar says it will increase natural gas production by a third. The announcement is seen as an act of defiance against sanctions by Saudi Arabia and others. (04.07.2017)