The fires in Turkey have claimed the lives of at least eight people and devastated homes and wildlife. But one little tortoise survived with a little help from Turkish volunteers. 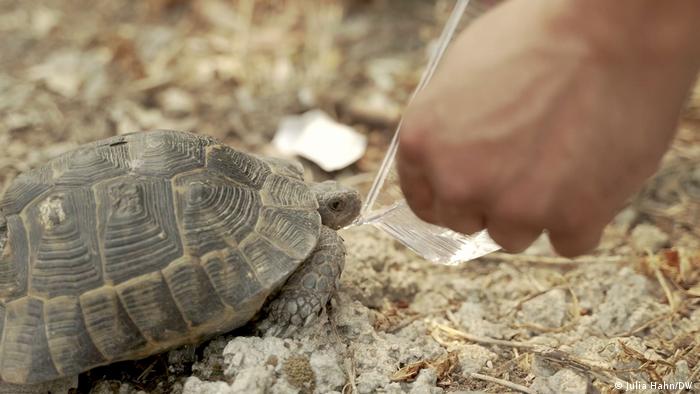 As wildfires rage in Turkey, one tortoise survived relatively unharmed.

Amid scorching heat, low humidity and constantly shifting winds, the wildfires have swept through forests in Turkey's southern and southwestern coasts.

Eight people have died due to the blazes, along with countless animals — but one tortoise emerged unscathed.

Hundreds of volunteers from across Turkey have joined the efforts to contain the fires and help those who have been most affected by the blazes.

"There are many wild animals in this area — like this one tortoise. They run from the smoke or they get injured or burned," she told DW.

But unlike so many animals caught in the infernos who perished, the tortoise in Mugla survived unscathed, with perhaps just a bit of trauma and many ticks that will require a veterinarian's attention.

As volunteers tend to the ticks and help the tortoise with water, attention is focused on the future beyond the fires.

"We will take it to a safer place, a place we can be sure the fires won't reach – a place with enough water. It will then find its own way," Merve said.