Opposition protesters in Turkey were reportedly deceived into downloading a spy app made by a German firm. Germany has previously vowed to block exports of spy software to authoritarian countries. 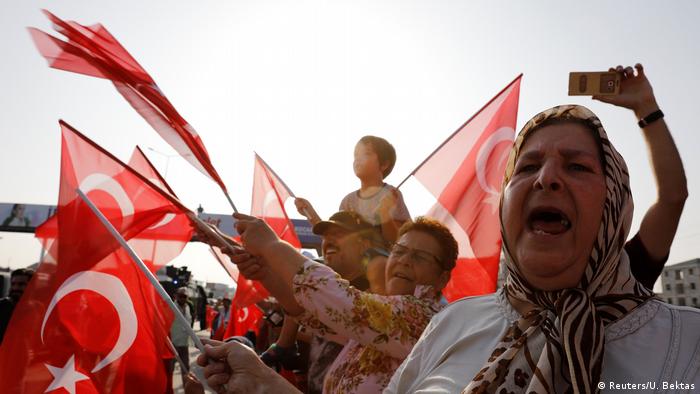 The Turkish government used a German-made spy program to infiltrate the smartphones of Turkish opposition members, according to a report seen by German media.

Germany has strict rules for exporting spy software and has in the past vowed to block exports to authoritarian countries.

German daily newspaper Süddeutsche Zeitung and public broadcasters NDR and WDR reported the news based on a study by the digital rights group Access Now.

FinFisher refused to comment on the story after being contacted by Süddeutsche Zeitung, NDR and WDR.

The Germany director for Human Rights Watch, Wenzel Michalski, wrote on Twitter: "This [news] would mean there are holes in [our] export regulations. This must be investigated immediately."

Green lawmaker Konstantin von Notz wrote on Twitter: "Turkish spy attacks on the opposition with technology that was created with German tax money and should never have been exported?! The #GroKo [German coalition government] must urgently clarify [the situation] and prevent something like this from happening in the future."

Germany's export policy: The same three media outlets reported in 2014 that then-Economy Minister Sigmar Gabriel wanted to stop exports of spy software to authoritarian governments. Gabriel was quoted as saying: "We want to stop the export of these types of technologies to countries that suppress civil rights movements and that do not accept basic human rights."

What is Finfisher? The company works exclusively with governments to provide police and intelligence software. On its website, it says its mission is "to provide first-class cyber solutions and knowledge for successful operations against organized crime."