Turkey is to discuss possible responses to the Bundestag vote last week on calling the 1915 killings of 1.5 million people in Armenia a 'genocide.' German-Turkish relations have been strained. 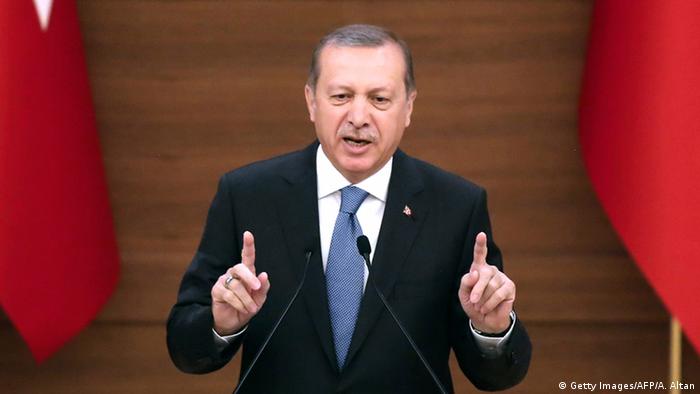 Lawmakers in Ankara are meeting to discuss possible measures to take against Germany following last week's controversial vote, which sparked anger in Turkey.

The German parliament voted on Thursday to become the 26th nation to define the mass murder of 1.5 million Armenians by the Ottoman Empire in 1915 as genocide. The vote was taken in the absence of Chancellor Angela Merkel and Foreign Minister Frank-Walter Steinmeier.

The resolution was passed unanimously by the Bundestag, the lower house of the German parliament.

The decision sparked outrage from Erdogan, who said Turkey would "never accept the accusations of genocide." He also questioned Germany's judgment. "Now I wonder: How will German leaders be able, after such a decision, to face me and our prime minister in person?" he said at the weekend.

The vote came at a critical time for both countries, which are seeking to cement a deal over the flow of migrants into Europe.

Links have also been strained following German comedian Jan Böhmermann's offensive poem about Turkish President Recep Tayyip Erdogan, which was read on TV. The broadcast has led to legal proceedings.

Berlin has relied largely on Ankara to help alleviate the strain of the ongoing flow of migrants into Europe. As part of a deal that went into effect in March, Turkey agreed to take back many of the asylum-seekers arriving in the EU, in exchange for financial aid and a loosening of visa restrictions for Turkish citizens in the Schengen passport-free zone of the bloc.

Germany's justice minister has reported receiving a mounting number of death threats from right wing extremists. The minister said the scale of "brutality" in the hate mail was unprecedented in his 20 years in politics. (05.06.2016)

Germany and Turkey have sought to prevent a Bundestag resolution on the Armenian genocide from becoming a destructive political crisis. The two allies have a lot to lose from strained relations. (03.06.2016)