A Turkish court has issued life imprisonment for "attempting to violate the constitution" in the failed 2016 coup. 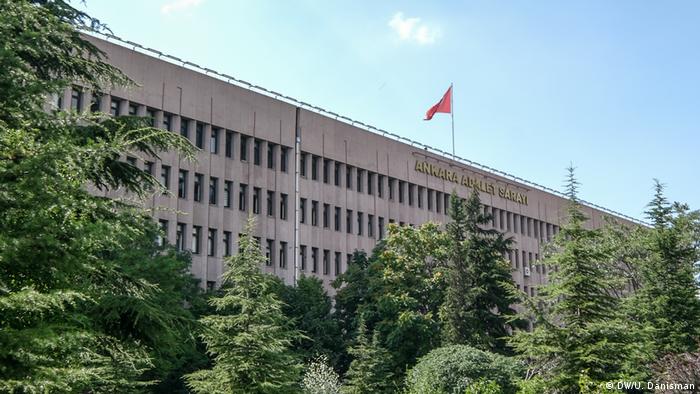 A Turkish court in Ankara on Friday handed down life sentences to 121 people in connection with the attempted overthrow of Turkish President Recep Tayyip Erdogan in 2016, state media reported.

According to the Turkish government, at least 248 people, excluding 24 coup-plotters, were killed on July 15, 2016, when a section of the military tried to overthrow Erdogan at the Gendarmerie General Command in the Turkish capital.

Eighty-six of the defendants were sentenced to "aggravated" life imprisonment for "attempting to violate the constitution." Another 35 individuals were given life sentences for the same crime.

A total of 245 defendants were on trial during Friday's proceedings.

1,900 already given life in prison

The failed 2016 coup attempt led to hundreds of thousands of arrests, detentions, and sackings from public sector jobs – with critics alleging that President Recep Tayyip Erdogan used the small military uprising as a pretext for pursuing his opponents.

Read more: Mass firings in Turkey: 'We have been given a social death sentence'

Of the 121, one former colonel was handed nine times aggravated life imprisonment over "deliberate murder."

More than 1,900 people have already been sentenced to life in prison by Turkish courts over coup links as of December, Turkey's Anadolu news agency reported.

Under the Turkish legal system, an aggravated life sentence has tougher terms of detention and was enacted to replace the death penalty, which Turkey abolished in 2004 as part of an effort to join the EU.

More than 1,900 people have already been sentenced to life in prison by Turkish courts over coup links as of December, Turkey's Anadolu news agency reported.

One of many coup-related trials

Friday's trial is one of more than 280 coup-related proceedings that comprise the biggest legal process in modern Turkish history.

This includes a trial considered to be one of the most important, which started in 2017 and focuses on events at an air base near Ankara seen as hub for the coup leaders.