Turkey has recalled its ambassador and cancelled an upcoming bilateral summit after the Swedish parliament adopted a resolution calling the slaughter of more than a million Armenians by the Ottomans an act of genocide. 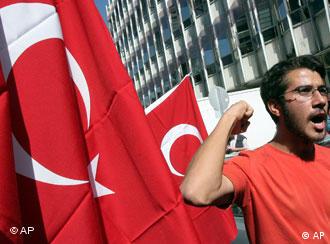 Turkey was already angry with the US over a committee vote

Turkey has recalled its ambassador to Sweden and cancelled the visit of its prime minister in response to a Swedish parliamentary resolution stating that the World War I massacre of more than a million Armenians and other minorities by the Ottomans was genocide.

The developments come a week after Ankara called home its ambassador to the United States because a congressional committee approved a similar resolution. 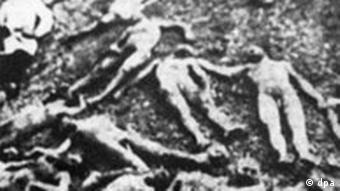 Armenians say as many as 1.5 million people were killed

Swedish Foreign Minister Carl Bildt, who reaffirmed his support for Turkey to enter the European Union, said that he regretted the decision after members of the ruling center-right coalition voted with the red-green opposition. The resolution was passed by just one vote, with 131 delegates in favor.

"We think it is a mistake to politicize history," Bildt wrote in a blog from Copenhagen, where he is attending a summit of Nordic leaders. 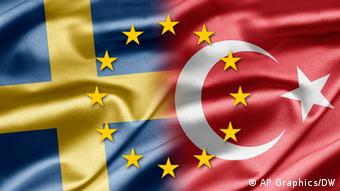 Sweden has backed Turkey in its bid to join the EU

Armenians claim that as many as 1.5 million of their people were massacred during the war in a planned extermination campaign by their Ottoman rulers in Turkey.

Turkey contests the accusations of genocide, arguing that up to 500,000 Armenians died when they sided with invading Russian forces in a bid for independence. Ankara claims that at least as many Turks died in the carnage.

"We strongly condemn this resolution, which is made for political calculations," Turkish Prime Minister Tayyip Erdogan said in a statement that confirmed the cancellation of the Turkey-Sweden summit.

"It does not correspond to the close friendship of our two nations," said Erdogan. "We are recalling our ambassador for consultations."