Ankara’s refusal to extradite Sunni politician al-Hashemi to Iraq has heightened tensions between Turkey and Iraq's Shi'ite-led government. The crisis adds to concerns over a Sunni-Shi'ite "Cold War." 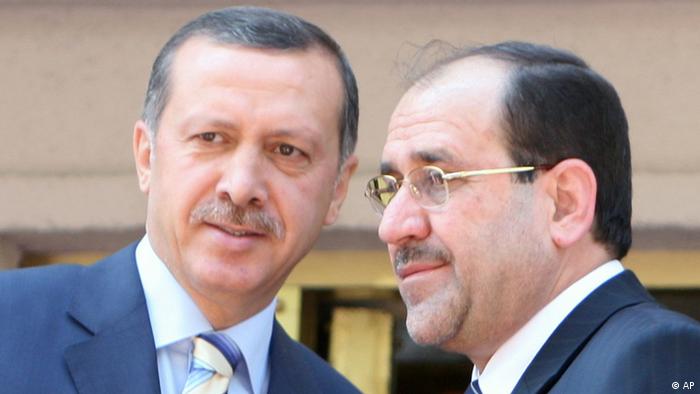 Al-Hashemi, a Sunni, fled his country early last month after the Shi'ite-led Iraqi government accused him of supporting terrorists and running death squads. Now he faces prosecution in Baghdad at a trial that has been delayed several times, but is due to begin on May 15.

Despite a "red notice" issued by Interpol, Ankara has declined to deport its close political ally to Iraq. "Mr. al-Hashemi has a health problem and is in Turkey for medical treatment," a Turkish Foreign Ministry spokesman told the press. "We expect him to return to Iraq when the treatment is completed."

"The red notice doesn't mean that an arrest is required," he added. "Individual states have their own legal jurisdiction and can respond with whatever action they want."

This is the latest bout of a Turkish-Iraqi spat that has lasted for weeks, and has added to the concerns over a growing Sunni-Shi'ite rift in the region.

Turkey, which is majority Sunni, has recently adopted an assertive, pro-active policy in the region, but the ruling Justice and Development Party's (AKP) moves, particularly its harsh stance toward the Assad regime in Syria, have created discomfort, especially in Iran. 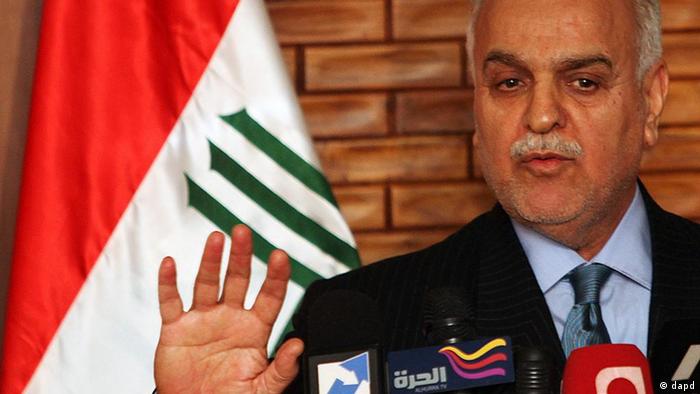 Former AKP Vice-President Suat Kiniklioglu says Turkey's refusal to extradite Tareq al-Hashemi is the right decision. Kiniklioglu told DW that the accusations against him are politically motivated, and there is no guarantee of his security or a fair trial in Baghdad.

Kiniklioglu believes the recent tension between Ankara and Baghdad is only the tip of the iceberg.

"We do not think that Maliki's recent statements against Turkey are only rooted in problems in Iraq-Turkey relations," Kinikoglu said. "Iran's influence over Iraq is clearly evident, and unfortunately we are witnessing a different approach to Turkey since Turkey changed its policy towards Assad. This is needlessly heightening tensions in the region."

Kiniklioglu, now the director of Ankara-based think tank STRATİM, disagrees with critics who argue that Turkey is pursuing a sectarian foreign policy in the region. "Even though Turkey is following a policy above sectarian divisions, our counterparts are continuously pursuing sectarian politics," he said. "Turkey feels itself in an increasingly difficult situation - the greatest threat is that the region will turn into a conflict zone among sectarian divisions."

But according to Turkey's main opposition, the secular and leftist Republican People's Party (CHP), the risk of a Sunni-Shi'ite "Cold War" is the result of AKP policies.

These critics say that the AKP is demonstrating solidarity with almost all Sunni political groups in the region, but neglecting the Shi'ites. According to the opposition, AKP policies and the handling of the al-Hashemi crisis are not only ruining ties with neighboring countries, but also damaging the country's international standing. 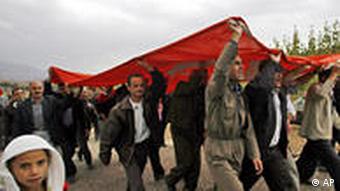 "For years, Ankara has demanded that countries extradite PKK members, [Kurdish] terror suspects to Turkey," CHP Vice-President Faruk Logoglu told DW. "We have always criticized countries for not taking into consideration the red notices issued by Interpol. Now, in the case of al-Hashemi, it is a similar situation."

While not calling for the extradition of al-Hashemi to Iraq, Logoglu said a solution to the crisis could only be found through dialog with Baghdad, by encouraging the Iraqi government to find an outcome that would contribute to peace within the country.

"Unfortunately, the Turkish government is giving the impression that it is following a sectarian foreign policy in the region. It is doing almost nothing to dispel the tensions with the Maliki administration," Logoglu said. "Things that happen now are a result of Erdogan's efforts to establish a Sunni influence zone to counter Tehran's influence on Shi'ite populations in the region. This policy is backed by the US and several western countries."

Critics of the AKP are concerned that two rival sectarian blocks are emerging in the region. On the one hand, there is the axis of Iran, Iraq's Maliki-led government, Syria's Assad regime and Hezbollah in Lebanon. On the other, there is Turkey, Saudi Arabia and the Gulf states.

According to Logoglu, the Turkish government's Syria policy is ruining Turkey's traditionally balanced foreign policy in the region. He says Turkey has always respected sovereignty, refrained from interfering with domestic affairs, and tried to stay at an equal distance from all political groups, regardless of their ethnic or sectarian roots.

"But now in Syria, the Turkish government has clearly taken a side, completely abandoning the ruling regime and defending the opposition," said Logoglu. "It even allowed the armed opposition groups to hold meetings in Turkey. This is not in line with international law, and is contrary to the principle of good neighborly relations." 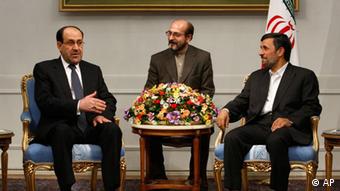 "Such policies are contrary to the founding principles of the Turkish republic," he went on. "And they are also contrary to the expectations and demands of Arab countries, our common history."

But according to Kiniklioglu, such criticisms miss the real purpose of the AKP's foreign policy. Pointing out that the AKP has taken a clear stance in support of the Arab Spring and democratization, Kiniklioglu said that one can no longer defend or hide oppression and human rights violations for the sake of the principle of non-intervention.

"A few years ago, some intellectuals in the western media were discussing whether Turkey was turning its back on the West and seeking alliances with countries like Iran or Syria. Time has proved them wrong," Kiniklioglu said. "And now some observers in the Middle East are criticizing Turkey for supposedly serving western interests and NATO policies. These criticisms are also wrong, just as the criticisms of the past were."

"The Turkish government is following an independent foreign policy, based on Turkey's national interests, historical and geographical identity, and is adapting itself to the rapid changes of the past year," he said. "One can not define Turkey's sophisticated foreign policy simply in terms of black and white categories. Our counterparts both in the western world and in the Middle East should understand that."

Two Turkish journalists who were held in Syria for two months have been freed thanks to Iranian mediation. Meanwhile a little-known militant group has said it was behind twin-bombings in Damascus, which killed 55 people. (12.05.2012)

Turkey will not deport Iraqi Vice President Tareq al-Hashemi despite an international Red Notice for his arrest issued by Interpol. In Iraq, Hashemi is accused of running a death squad. (09.05.2012)