While other EU countries are increasingly investing in renewables, Turkey is planning three new nuclear power stations. The country's aim is to turn from being a net importer to a net exporter of energy. 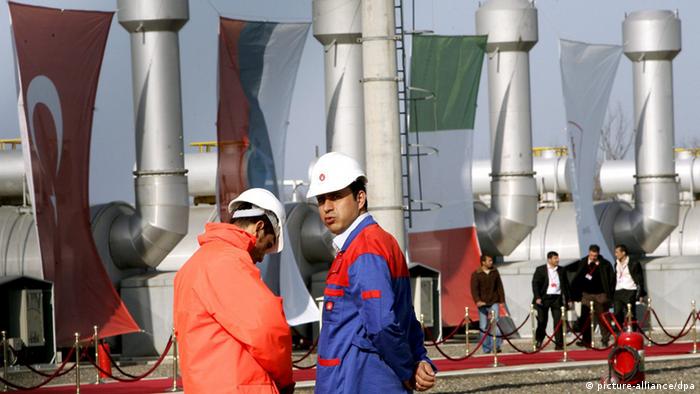 Turkeyis geographically close to over 70 percent of the worldwide oil and gas reserves. Every year, thousands of oil tankers bring up to 150 million tons of oil from the Black Sea through the Bosporus and the Dardanelles to the Mediterranean and on towards Western Europe. Turkey also covers most of its energy demand with imports.

But now Turkish Energy Minister Taner Yildiz has declared that the country wants to "develop into an energy exporter." By 2023, 30 percent of the national electricity demand is to come from local renewable energy sources. And Ankara is investing in nuclear power. The ambitious plan is to build three new nuclear power stations in Turkey by 2023.

Turkey's energy consumption has almost doubled in the past decade - from 130 billion kilowatt hours to 240 billion, meaning the speed of its increasing rate of demand for natural gas and electricity is topped only by China.

"Our energy demand will double in the next decade again," said Prime Minister Recep Tayyip Erdogan recently. "We currently import 72 percent of our energy, but once our nuclear power stations are ready, we'll need less than a third of our current natural gas imports. That will reduce our gas bill by $7.2 billion (5.6 billion euros). That will open the potential to export energy." 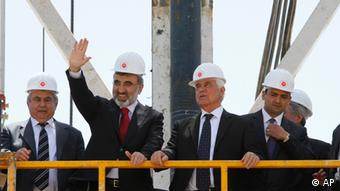 Turkey recently struck a $22-billion (17-billion euro) deal with a Japanese-French consortium for the construction of a second nuclear power station in the Black Sea province of Sinop. The construction of the first was agreed in 2010 with the Russian company Rosatom, and it will be built from 2019 in the southern province of Mersin.

There was a demonstration in Istanbul against these plans in April, but only 50 people took part. Unlike in many Western European countries, there is barely any opposition to nuclear power among the Turkish population.

"Anti-nuclear power demos hardly have any resonance, and wouldn't make any difference anyway," says Tanay Sidki Uyar, director of the energy department at Marmara University in Istanbul, and president of Eurosolar, the European Association for Renewable Energy. He is also a member of the Turkish Green party, though unlike its German counterpart it has no seats in parliament.

Fatih Birol, chief economist for the International Energy Agency (IEA), underlines how quickly Turkey's demand for energy is rising. "Turkey has to find another 45 gigawatts of capacity for its electricity grid - more than any other country in Europe," he said, adding that the Turkish government is forcing domestic energy production up in all areas: nuclear power, coal power, gas power, and renewables. But he said that this energy should be used "in a more efficient way, in order to reduce the costs and environmental problems."

Tanay Sidki Uyar also wants steps to be taken to make consumption more efficient. "The creation of additional capacity means you aren't worrying about efficiency," he told DW. "But it's a waste of money and natural resources."

Not enough investment in renewables

Only last week, Turkey's biggest wind farm was opened in the northwestern province of Balikesir. The investment of 153 million euros was made possible by the joint effort of German energy giant E.ON and Sabanci Holding, one of Turkey's biggest companies. 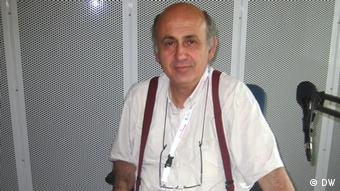 This power station is meant to produce 500 kilowatt hours of electricity every year, covering the demand of an estimated 170,000 Turkish households. Meanwhile, in the central Anatolian town of Konya, 57 international firms are investing in a 60-million-square-meter area in order to exploit Turkey's second-biggest coal deposits and produce solar power.

"Renewable resources like wind, sun, and geothermal energy are part of Turkey's basic energy strategy," said Energy Minister Yildiz. But there is not yet enough investment - Turkish growth is, he claimed, quicker than investment in this sector.

"Turkey must diversify its energy sector," he warned. "We have to produce double the amount of electricity we are producing now. That's why the planned nuclear power stations are so important."

Uyar believes a big obstacle is licensing. "If you want to build a coal or a nuclear power station, you'll get a license very easily. But with wind turbines it's more difficult - and this in one of the windiest countries in Europe. It's double standards," he told DW.

Turkey has not announced any new dates to apply for wind turbine licenses since 2007. Uyar says that's because the Turkish government "is focusing on nuclear and coal power for future energy production." But he believes that Turkey could easily become a reliable and independent energy exporter without the nuclear power stations - if it put its faith in a combination of greater efficiency and renewable energy.

Turkey is trying to attract skilled workers from Germany. Many Germans of Turkish origin are choosing to make their future in Turkey, where they believe they have a bettter chance of setting up their own companies. (09.04.2013)

100 countries worldwide now produce electricity with wind power. So far, it's a boom that has mainly occurred in Asia, North America and Western Europe. Now, Eastern Europe and Latin America are getting involved. (16.05.2013)

Turkey supports northern Cyprus while Greece backs the southern Republic of Cyprus. While Greece is bankrupt, Turkey could help the island bounce back. But only a round of extreme diplomacy could make it happen. (28.03.2013)