About 8,000 security personnel, mainly police officers, have been suspended, accused of having links to the July 15 coup. Hundreds more were removed from the judiciary and the state's religious body. 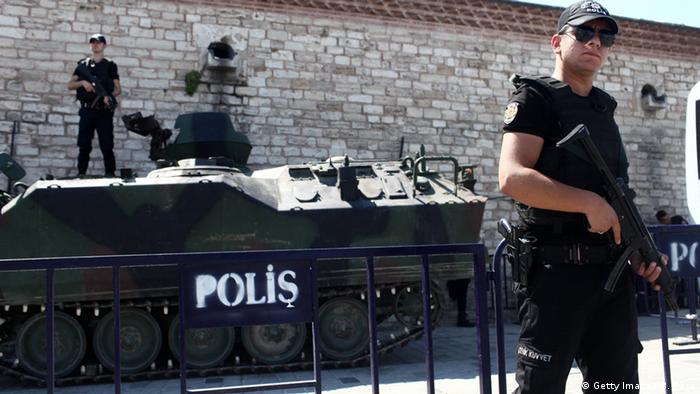 Turkish state media said late Thursday that a total of 7,669 police were removed along with 323 personnel in the gendarmerie, which looks after domestic security.

Separately, the defense ministry said another 820 military personnel - not including generals or admirals - were dismissed, with 648 of those under arrest.

Also on Thursday, 543 prosecutors and judges were suspended, along with nearly 520 people removed from the religious affairs directorate.

The latest purge follows the arrest and sackings of tens of thousands of military, police, public sector, and academic staff, since a failed putsch on July 15.

Gulen strongly denies accusations that he ran a "parallel state" and his followers had infiltrated state institutions. 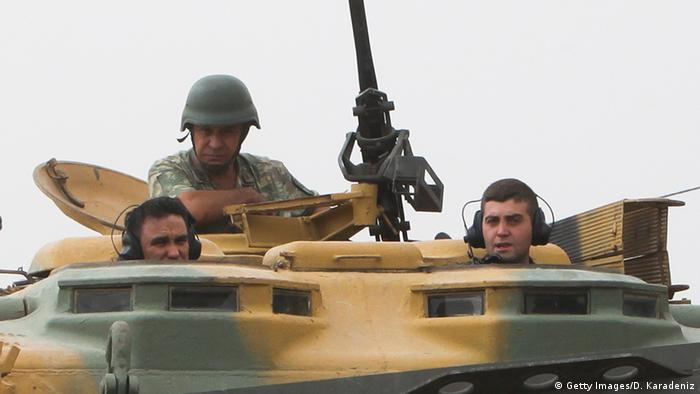 No to 'terror corridor'

Also on Thursday, Turkey said it had cleared "Islamic State" (IS) jihadists from several Syrian villages, on the ninth day of its military operation in neighboring Syria.

The Ankara government ordered its troops into the war-ravaged county on August 24, to stop IS, but also to prevent a Kurdish militia declaring an area close to the border with Turkey as its own.

Syrian Kurdish groups have spoken of their desire to unite the three "cantons" already in place in northern Syria.

On Friday, Turkish President Recep Tayyip Erdogan rejected claims that the Kurds had retreated east of the Euphrates River, following a US demand.

"No one can expect us to permit a terror corridor to be created. We will not allow it," the president said in a speech in Ankara.

Ankara sees the Kurdish People's Protection Units (YPG) militia, which is backed by Washington, as a terror organization linked to separatist rebels.