Turkey's army says it detained the nine Britons, who were trying to cross into Syria illegally. Turkish territory is increasingly being used by would-be Western jihadists wishing to fight in Syria. 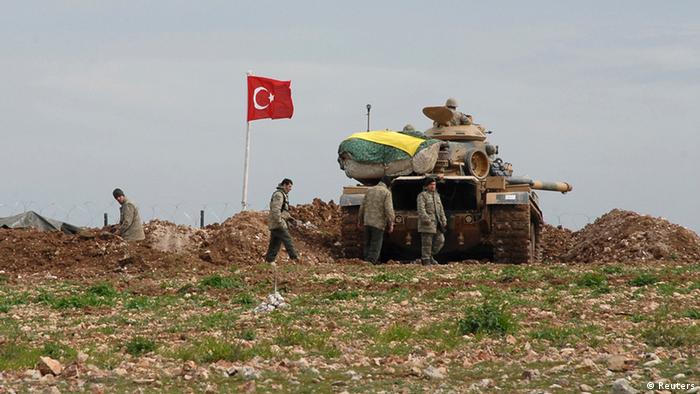 The British citizens were arrested in Turkey's Hatay province near the Syrian border on Wednesday. It is not clear why these people - whose identities have not been disclosed by Turkish authorities - were trying to get into Syria.

"Nine people of British nationality were arrested on the border, trying to enter Syria from Turkey," the army wrote in a statement on its website.

Western nationals wishing to join the Middle Eastern jihadist groups in Syria and Iraq have frequently taken routes through Turkey into the war-torn countries. Thousands of foreigners have joined the ranks of militant group "Islamic State" (IS).

Last month, three British girls were arrested by Turkish officials. They had traveled from the UK to Turkey in February, and the security forces believed they had crossed into Syria.

A group of nine British medical students of Sudanese origin went missing in March after travelling to Turkey with an apparent aim of entering Syria.

Ankara has accused its Western allies of not taking adequate measures to stop the flow of would-be European jihadists to its country.

In turn, the European Union has criticized Turkey for not properly monitoring its southeastern borders.