Turkish-Syrian relations have reached a new low point, due in part to Syria shooting down a Turkish fighter jet. The two countries look back on a complicated history but were long on good terms. 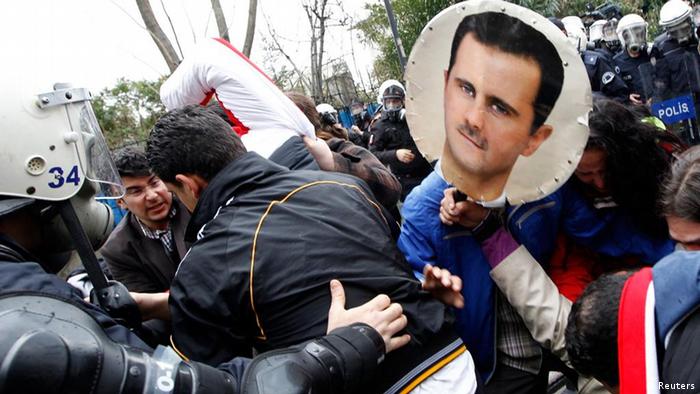 Turkish Prime Minister Recep Tayyip Erdogan spoke at the beginning of 2011 of "Turkish-Syrian brotherhood," but those days are long gone. For more than a year, Syrian government troops have fought against opposition forces. Turkey wanted to act as a mediator in the conflict but was ignored by the Syrian regime, leading each of the two to expel diplomats from the other country.

Turkey and Syria's fates long seemed intertwined. For centuries, Syria was part of the Ottoman Empire. Turkish rule extended throughout the region, including parts of North Africa, before the empire broke up during World War I. Afterwards, Arabs in Syria no longer lived under Turkish rule. 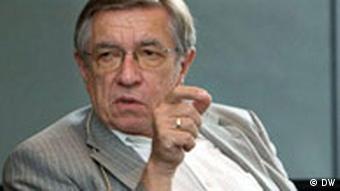 Tensions between Turkey and Syria have emerged repeatedly since the 20th century. During the Cold War, Turkey's sympathies were with the West, while Syria developed a relationship with the Soviet Union. Today, Russia's sole marine base in the Mediterranean is in the Syrian harbor city of Tartus.

The 1990s brought a significant political rupture. Syria offered political asylum to the head of Kurdistan Workers' Party (PKK), Abdullah Ocalan. Turkey threatened a war in response, and Ocalan was ultimately forced to leave Syria. He was then imprisoned in Turkey.

Afterwards, the Turkish-Syrian relationship grew significantly more relaxed. The two countries' border was opened, some visa restrictions between them were removed and trade limitations along the border were eliminated completely.

But in spite of improved relations, some questions are unresolved. For nearly a century, the two countries have had a dispute about the coastal province of Hatay, which was promised to Turkey amid the turmoil of World War I. Another source of tension are stateless Kurds, who are oppressed in Turkey as well as in Syria. 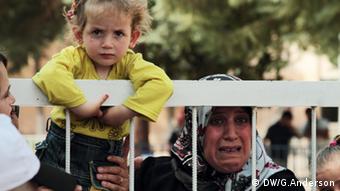 Syrians have sought and found refuge in border regions in Turkey

Turkey's foreign policy toward other states in the region has long directed toward achieving neutrality and dialogue. The Turkish government mediated between Syria and Israel, for example.

"For a long time, that had a positive effect on the relationship between Ankara and Damascus. Syria's foreign policy went in a much different direction," said Philipp, who believes Syria has always been somewhat reserved when it comes to larger foreign policy actions.

The most recent break between the two states came in 2011. The Turkish government had to decide whether it wanted to continue supporting Bashar al-Assad, its "brother" of many years, or whether it would put its weight behind the opposition. Turkey abandoned its neutral course and took a clear position in support of the opposition movement. The country has called for Assad to step down and protects Syrian opposition members in border areas. Turkey has taken on more than 30,000 refugees from Syria.

"Turkey today is far from playing the role of friendly neighbor to Syria," Philipp said.

Semih Idiz, a journalist specializing in foreign affairs at Turkey's liberal daily "Milliyet," believes Turkey is now positioning itself differently than it has long done in the past.

"By taking a stance in difficult conflicts in the region, Turkey has lost its earlier role," Idiz said in an interview with DW. Turkey's relations with Israel, Iran and Iraq have all gotten worse, as well, Idiz added. 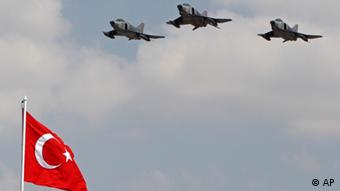 A key question for the Turkish-Syrian relationship is looming: Would Turkey get involved in a military conflict in Syria?

Peter Philipp regards that step as unlikely in light of the 900 kilometer (560 mile) border the two countries share. A war between them could destabilize large regions within Turkey.

However, Turkey could get dragged into a conflict despite its best intentions. Turkey is a member in NATO, while Syria has a defense accord with Iraq. Those alliances could lead the two countries into a conflict with unforeseeable results.

Syrian President Bashar al-Assad has formed a 'new' government amid a spat with Turkey over a jet shot down by Syrian forces which they said strayed into Syrian airspace. (23.06.2012)

Ankara has warned it will respond decisively to the shooting down of one of its warplanes by Syria. Damascus has said the plane was flying low over Syrian territorial waters. (23.06.2012)

With its growing political influence, Turkey is seeking a stronger role in world politics. However, its domestic political problems, as well as regional crises, pose major challenges to its foreign policy ambitions. (19.06.2012)