Tuaregs 'all about securing power' in Mali's north

Tuareg rebels have declared independence in the north of Mali. The group has a variety of motivations, says Africa expert Dr. Julia Leininger from the German Development Institute, in an interview with DW. 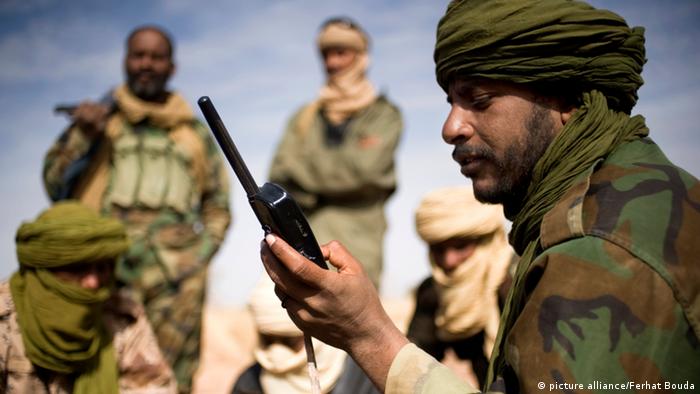 Following the military coup in Mali, rebel Tuareg forces have taken control of large sections of the north of the country, including Gao, Kidal and Timbuktu. The rebel's declaration of independence was swiftly rejected by the African Union.

DW spoke with Dr. Julia Leininger, the Africa coordinator in the "Governance, Statehood, Security" department at the German Development Institute (DIE) about the Tuaregs and their aims.

DW: What are the Tuaregs in northern Mali trying to achieve? 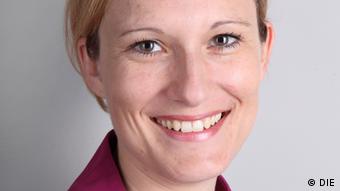 Dr. Julia Leininger: The Tuaregs are a heterogeneous group and have a number of different aims. One thing they have had in common since 1960 is their claim to the Azawad, the region north of Timbuktu. This region crosses the borders of Algeria, Niger and Mali. In the 1960s the Mali government tried to integrate the Tuaregs into the state. Since then the demands of the Tuareg have varied between wanting complete independence on the one hand, and seeking greater integration in economic and social life of the Mali state, on the other. One of the main points of the peace accord of 1996 was that the Tuaregs should benefit more from the Malian economy, but this has not been implemented. The other aspect was integrating them into the Malian military, which also failed.

Are these the reasons for the new rebellion by the Tuaregs?

There were smaller rebellions in 2006 and 2007, but they were settled through Algerian mediation. Back then, a group under the leadership of Ibrahim Ag Bahanga broke away from the Tuaregs. They were stopped by a major military offensive, ordered by now ousted President Amadou Toumani Toure (ATT). However, the supporters of Ibrahim Ag Bahanga are involved in the current rebellion. There are three reasons for that. Firstly, some Tuareg groups that are involved in international smuggling operations are fighting for greater freedom to carry out their smuggling activities. They are partially linked to al Qaeda in the Islamic Maghreb (AQIM), but they also fight against AQIM in the hope of receiving foreign assistance.

Secondly, in the 1980s Moammar Gadhafi recruited heavily amongst the Tuaregs saying, "We are the nomads and we need our own region." The Tuareg recruits received military training. Following the downfall of Gadhafi, many of them returned to Mali.

Thirdly, in Mali there has always been feeling that democratization is linked closely to the uprising. It was noted that, ATT was failing to maintain security and peace, and the government was steadily becoming weaker. This diffuse feeling, which existed in parts of society, led to the Tuareg groups mobilizing.

What is the role of the National Movement for the Liberation of Azawad (MNLA), the fighting force of the Tuaregs?

The MNLA is interesting, because it is made up of three groups. To start with, there are the fighters who have returned from Libya. Then there are the former followers of Ibrahim Ag Bahanga, some of them are ex-members of the Mali military. Thirdly, there is a group of fighters who follow the Tuareg Iyad ag Ghali. He was formerly on the side of the Mali government and was installed by ATT between 2007 and 2009 to fight against the Tuaregs. The MNLA really is becoming a type of catchment for all Tuaregs. There are even some high-ranking deserters from the Mali military who are joining. Despite its diversity, the MNLA is a fluid unit which attracts many people.

In the last few weeks one Tuareg group, Ansar Dine, meaning "defenders of the faith," has been attracting a lot of attention. What aims does this group have?

Not much is known about Ansar Dine. Its leader lived for some time in Libya, where he was given military training and now is fighting in Mali. In my opinion this is not a splinter group, rather he has attracted a new group around him, consisting of dissatisfied Tuaregs and possibly other sections of the population. Ansar Dine is said to be Islamist and allegedly wants to institute Sharia law in northern Mali. That is not at all typical. The majority of Tuaregs will be against that, because most of them don't see themselves as fundamentalist Muslims - just like the majority of Malians. I interpret the whole situation as being all about securing power. In particular it is about participation in business deals or smuggling in the region. There may also be a link to AQIM.

What significance does the Tuareg uprising have for stability in the Sahel region?

This will, in combination with the current drought, lead to extreme destabilization. More and more people will leave the region. States will become weaker and reliant on external help. The worst case scenario is that the conflict could spread to Chad, where the largest group of returning Tuaregs from Libya is based and where the famine is at its worst.

The West African country of Mali is on the brink of descending into chaos. A Touareg rebellion in the north and a military coup in the capital have destabilized the country. The tensions could result in war. (06.04.2012)

Northern Mali is on the brink of a "major humanitarian disaster," according to Amnesty International. The Tuareg movement MNLA has proclaimed independence in the vast, arid region. (06.04.2012)

Seven diplomats are kidnapped in northern Mali as African leaders search for a resolution to the country's current crisis. Meanwhile, Tuareg rebels in the North have declared a unilateral ceasefire. (05.04.2012)