Tsipras plays the Russian card | Europe| News and current affairs from around the continent | DW | 08.04.2015

Will Moscow throw billions in loans at Greece if Athens agrees to act as a Trojan horse within the EU? Brussels is nervously watching the political maneuvering. 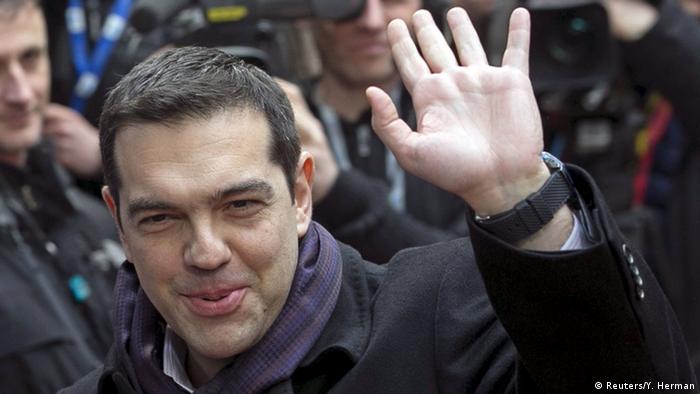 The EU Commission in Brussels cannot comment on state visits made by the heads of its member states, even if they are as unwelcome as Greek Prime Minister Alexis Tsipras' current trip to Moscow. And so the previous day's business was all about peaches. If Greece were to successfully circumvent the retaliatory ban on agricultural produce that Russia imposed last year in response to EU sanctions - what would the Commission have to say about that?

It's not just Greek peach growers that have been complaining about lost revenue, but also Scottish salmon farmers and Polish apple growers. Greece normally sells up to 60 percent of its harvest to Russia; before the trade embargo, Greece exported 180 million euros worth of agricultural products to the Russian market. "We expect all of the member states to be treated the same," a spokesperson said, adding that trade policy is solely an EU matter.

It's a further warning to Athens to toe the line in its dealings with Russia. And, of course, that has to do with more than just peaches. Ahead of Tsipras' visit, the Russian newspaper "Kommersant" reported that a gas price discount was on the table, as well as loans, which would be granted in return for shares in Greek assets. It was not clear which Greek state companies Moscow is interested in. Russia is rumored to be interested in the port of Thessaloniki; earlier negotiations about a Russian share in gas supplier Depa, however, broke down.

Instead, Greece wants to offer an extension of the planned Turkish Stream Pipeline over its territory, so that Southeast Europe can be supplied from there. It's an attractive offer for Russia's Gazprom; it likely wouldn't have to offer much more than dropping the overly high gas price for Greece down to the normal EU level. 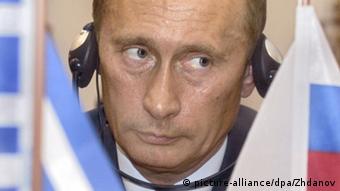 A Greek rift with the EU could play into Putin's hands

Neither the fruit nor the gas question would, in principle, be enough to unhinge the EU. But in the past week, Tsipras made sure to underscore the potential threat of his Moscow trip. He suggested that Greece could become a link between Russia and the West, and that the EU's sanctions against Russia were leading nowhere. He told Russian news agency Tass that "… former Greek governments did not do their best to prevent the sanctions imposed over the Ukraine crisis." It was a clear signal that he could act differently when the continuation of the sanctions is on the agenda at the EU summit in June. Finally, he said that the new European security architecture should also include Russia.

In an interview with the Hannoversche Zeitung, European Parliament President Martin Schulz warned Tsipras against alienating his EU partners, adding it would be unacceptable if Tsipras jeopardized Europe's common policy on Russia in return for Russian help. Manfred Weber, chairman of the Christian Democrats in the European Parliament, commented that Tsipras is playing a risky game, adding that, "The other EU countries will not be played by him."

Greek Finance Minister Yanis Varoufakis delivered a very different message at the start of the week, however. He said Greece was not seeking any financial assistance outside of the EU, as it was a matter that could be handled within the European family. He told a financial newspaper in Athens that Greece was just maintaining bilateral relations as any other country does.

Yet foreign policy expert Judy Dempsey from the Carnegie Foundations doubts whether such assurances can be trusted. She noted that Moscow loaned Cyprus 2.5 billion euros in 2011, when the country was facing bankruptcy. Tsipras, she said, was employing crude tactics - namely, playing off the EU against Russia. Russian President Vladimir Putin would likely enter the game and attempt to pry loose "the soft southeastern flank of the European Union," using it for his own purposes.

Dempsey stressed that Tsipras' Moscow trip, coming so close on the heels as it does to his Berlin visit, can be taken as a serious insult to German Chancellor Angela Merkel. "Merkel rolled out the red carpet and gave him five hours of her time," she said, adding that Athens' flirtation with Putin would not be without consequences.

Athens' threat to the EU

Dempsey characterized the strategy of the Greek government in recent weeks as increasingly "sad." She said it is using two existential threats for Europe - from Russia and from the extremism of Islamic State - to put pressure on its European partners and push through its demands.

The right-wing populist Defense Minister Panos Kammenos again threatened in an interview with the British newspaper The Times that if the EU does not stop interfering in Greece's internal affairs, then Greece can no longer play a role as a bulwark against the influx of IS fighters. In March, he also said that Athens could allow the uncontrolled flow of refugees and jihadists to Europe. There is evidently more at stake than the stability of the euro.

"Tsipras is burning all of his bridges," Dempsey said. Greece has to finally understand what the EU means, and how important membership in the union has been in the past decades. This is not to say that no mistakes were made in implementing the last bailout, including on the side of the EU. However, the Greek government must now put a credible reform plan on the table.

"It's now action that counts when it comes to continuing the aid program for Greece, and that's something the Greek government has yet to deliver," said MEP Weber. Instead, Brussels has to nervously watch as Tsipras plays the geopolitical card, while putting the future of his country and of European unity at risk.