'Trust and credibility have to be restored' 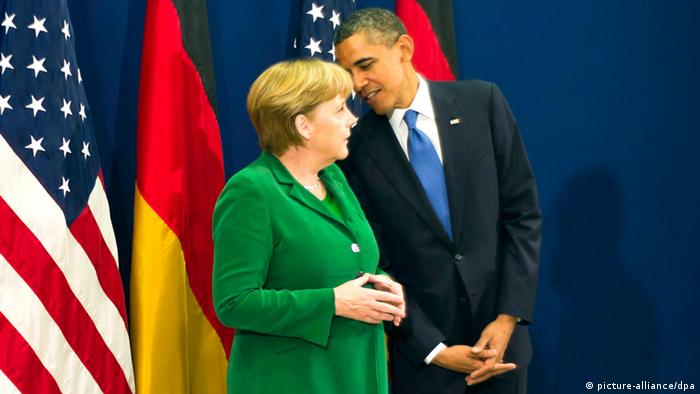 It took US President Barack Obama four and a half years to visit Germany - an unprecedented length of time for recent American heads of state. As the United States shifts its main political and economic focus to Asia, many in Europe fear it may come at the expense of the traditionally strong transatlantic alliance. Deutsche Welle spoke to Ben Scott, a former senior adviser to Secretary of State Hillary Clinton, about where things stand ahead of the visit. 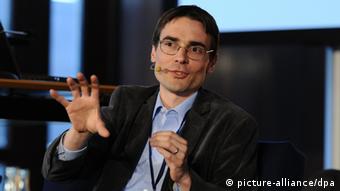 Scott: In broad terms, President Obama has been quite popular in Germany. Famously, of course, he gave a campaign speech in Berlin in 2008, which was well-attended. I think his style of leadership is appreciated in general. And at a time when the eurozone is in economic crisis, it is especially important to reinforce trans-Atlantic ties. I expect that will be a strong topic of conversation here.

It's important and symbolic that Barack Obama chose Berlin as one of the first stops in his second term. I think it's indicative of the importance of the relationship between the United States and Germany and the amount of capital - both political and economic - that he's prepared to spend to ensure that transatlantic relations remain strong.

Obama's 'pivot toward Asia' has made for a lot of hand-wringing and worries in Europe that the United States doesn't value the relationship as much as it did in decades past. Is that media hype, or is there some truth to it?

It depends on your perspective. As Vice President Joe Biden said at the Munich Security Conference in February, it's not a pivot away from Europe to Asia. It's a pivot with Europe to Asia and a recognition of the growing importance of Asia in global economics, global geopolitics. This should be a common concern for both the United States and Europe. There's no secret to the increased level of trade and political engagement between Europe and its leading member states and large Asian nations like China. So I think the reality lies more with everyone putting more attention or focus on Asia. Whether there are some political toes stepped on with the particular language of the pivot, I think that will be largely be forgotten by history as everyone reorients themselves to a new world order. 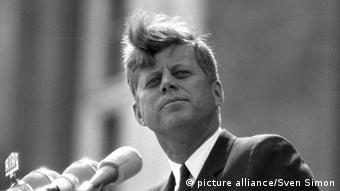 How does America's relationship with Germany today differ from 50 years ago when President John F. Kennedy visited?

At that time the shadow of the Second World War was still very much a part of the trans-Atlantic relationship. Germany was a post-war state, it was still suffering the consequences of emerging from totalitarianism, even 20 years on. And the Cold War was in full fire - there was a wall separating Berlin, and the Iron Curtain was still very much in place. You can't really make any comparisons to today's world, given the stark divides of a bipolar geopolitics at that time. As the economic leader of Europe, Germany is much more a partner with the United States today in ways that were hard to imagine and anticipate 50 years ago.

Do the United States and Germany even need each other as much now as they did then?

Absolutely. What might have been perceived as a political alliance of an essential nature 50 years ago is now both an essential political and economic alliance. The whole European project, by many accounts, hinges on what happens in Germany and the balance of domestic politics versus regional interests. Obviously Washington has a strong interest in making sure Europe remains united, forward-looking and arm-in-arm with North America.

Moving on to economics, where does Germany fit into the negotiations over a free trade agreement with the EU? As an export-driven economy and the largest economy in Europe, do they have more at stake than their other EU partners?

They have more at stake, both to gain and to lose, and therefore we can expect Germany to play a very strong role in the negotiations over a trans-Atlantic trade agreement. How that manifests, in what ways Berlin is visible in Brussels, remains to be seen. But I think it would be foolish to expect that Berlin would play a backseat to anyone in those discussions with the US over the future economic relationship. 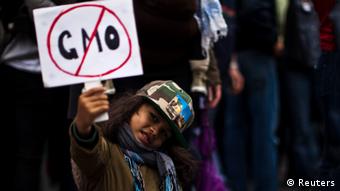 Genetically modified food is legal but hotly contested in the U.S., but Europe upholds a ban.

One of the contentious points is Europe's stance against genetically modified agricultural products from the United States. How does this affect talks?

Genetically modified foods are among a handful of high-profile issues that remain both an economic sticking point in negotiations as well as a divergence of cultural values. It's simply undeniable- in Europe in general, and Germany in particular, the people have a higher sensitivity to genetically modified foods. What is commonplace in the United States is highly problematic here. How that is resolved in negotiations will be one of the great challenges for those who sit around that table.

Because Germany has more at stake, do you think it will stand by other European countries' own special interests in these negotiations, like France, wanting to protect its domestic film industry and culture? Or will Germany place a higher priority on getting a deal done?

That's a difficult equation to solve. I think it's going to vary from issue to issue depending on who is where in Europe's own financial condition and who needs whom to play what role. I think at the end of the day, if a deal is going to be done, no one is going to get everything they want, and everyone is going to have to give up something they would like to keep. Which issues for whom will slide off the table, only time will tell.

How does the NSA surveillance scandal affect Germany's relationship with the United States? Germany was the most heavily monitored country in all of Europe. Will that sour relations behind the scenes, or even publicly?

There are a number of unanswered questions on those issues that are going to be important topics of conversation between the president and the chancellor. I think trust and credibility have to be re-established, and there has to be a common understanding of the capabilities of technology and the limits of law enforcement between allies around the world as we move forward and gain a common set of expectations.