In their defense of Donald Trump, lawyers accused Democrats of "rank hypocrisy" and hatred of the former president during his impeachment trial in the Senate. 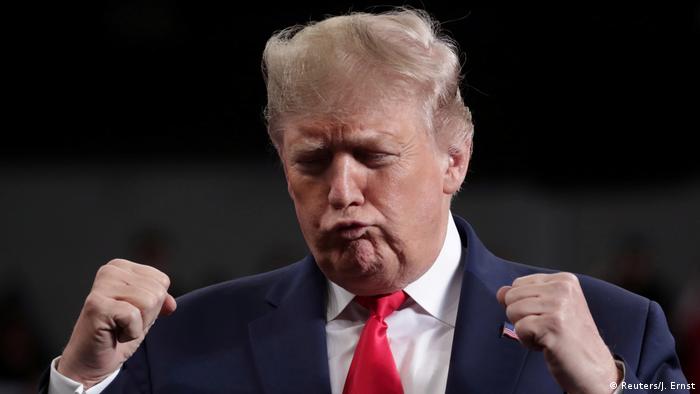 Former President Trump at a campaign rally in Ohio

With US former-President Donald Trump's defense team taking the floor for the next phase of the impeachment trial on Friday, his lawyers sought to turn the tables on the US Democrats and accuse them of pursuing a vendetta against the Republican politician.

Defense attorneys, led by David Schoen and Michael Van der Veen, used some of the same tactics used by Trump's opponents earlier this week. They showed dozens of video clips where prominent Democrats could be seen using incendiary rhetoric similar to Trump's own. The lawyers also argued that the former president's words were protected speech.

They also accused the Democrats of ignoring how Trump asked participants in the January 6 march and demonstration at the US Capitol to be peaceful. That protest turned into a riot that left five people dead and saw the storming of the US Capitol building.

Suggesting that Trump's political rivals are driven by a hatred of him, the former president's lawyers claimed  Democrats had tried to inflame their followers to commit aggressive acts, riot or revolt against the president.

The defense team also suggested that some of the rioters on January 6 were members of Antifa and other extremist groups supposedly allied with the left-leaning party. Previously, videos from the scene showed members of the Proud Boys or other right-wing militia groups near the US Capitol.

"It is clear the House Democrats hate Donald Trump," Van der Veen argued, accusing the House Managers — a term used to refer to lawmakers persecuting Trump — of manipulating videos to show that Trump tried to incite his supporters.

Trump's "fighting" words are protected free speech and need to be contextualized. His incendiary language are not different than what many other politicians say or the phasing they use, Van der Veen argued.

As he closed his argument, he said that on January 6, Trump was simply pushing his followers to "fight" for sweeping election reforms and holding big tech companies responsible, all of which would be protected free speech under the US Constitution. 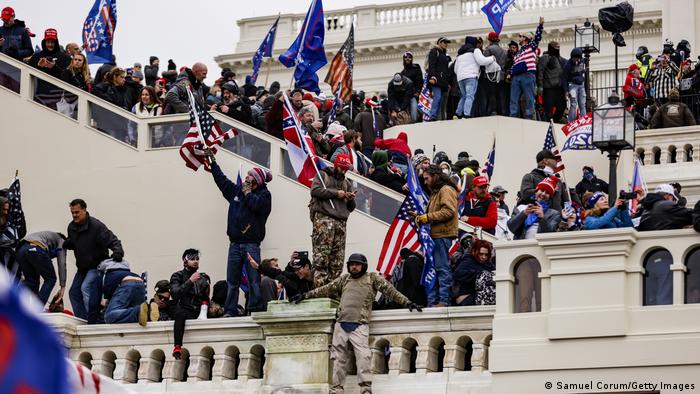 Trump's attorney's argued that he could not be held responsible for the riot because it began before he began speaking.

As lawyer Bruce Castor took over from Van Der Veen, he argued that Trump was not directly involved in inciting the storming of the US Capitol because the violence began before Trump began speaking.

While condemning the insurrection, he called it pre-planned, as evidenced by the fact that bombs found that day were planted overnight.

The real agenda of the Democrats is to eliminate and forever ban a powerful political opponent Castor argued. "That is what this trial is really about," he said, the creation "of a constitutional cancel culture."

Neither side took all of their allotted 16 hours to either prosecute or defend the former president. However, the defense lawyers took only about four hours to refute the charges made by House Managers over the previous two days. 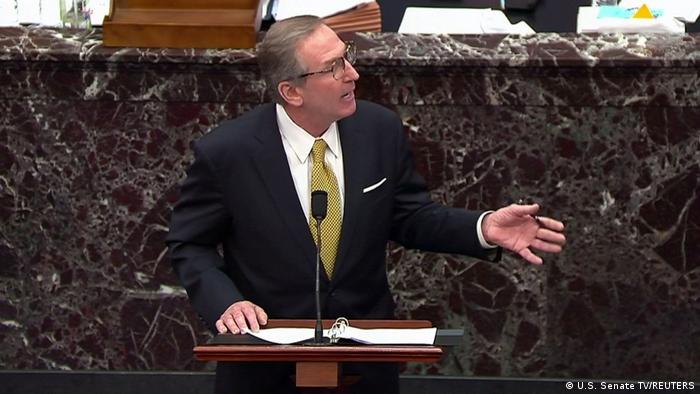 Michael van der Veen, who has played a key role in former president Trump's defense, also is responding to questions from the Senate.

Senators on Friday were allowed to submit written questions to both the defense lawyers and House Managers. Senators questioned when Trump learned of the breach at the Capitol and what steps he took to end the violence.

Trump lawyer van der Veen avoided a direct answer to such questions. House Managers said the attacks were being broadcast on live TV as they occurred, adding, "He knew what was underway. He knew the Capitol Police were overwhelmingly outnumbered and in a fight for their lives.  But he did not send any tweets saying, 'Stop this is wrong, you must go back.' But we still have not learned of any steps taken because the answer is 'nothing.'"

In response to a question, Trump's defense pointed out that "at no point was the president involved in the attacks on the Capitol."

Observers have said that Trump's lawyers have a simple objective: Don't lose any Republican votes. After the evidence presented by the US Democrats rested their case against Trump, his defense team started presenting their legal arguments on the fourth day of the impeachment trial.

Despite recognizing the power of the arguments made by Democratic lawmakers, most Republican senators appear determined to acquit Trump over charges of incitement of insurrection.

Many Republicans also continue to argue that the trial itself is unconstitutional since Trump is now out of office, despite the Senate voting to launch the proceedings. 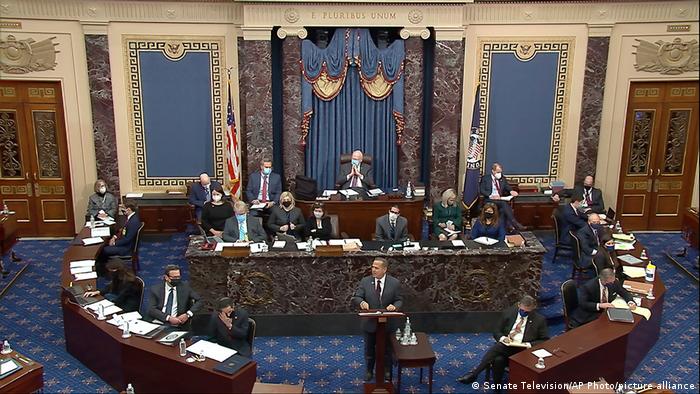 Senators will vote, likely this weekend, to issue a verdict on the charges of "incitement of insurrection" brought by the House of Representatives.

Seventeen Republican senators would have to join all the Democrats to reach the two-thirds majority needed to find the former president guilty.