Trump′s Afghanistan policy will face big limitations | Asia| An in-depth look at news from across the continent | DW | 02.05.2017 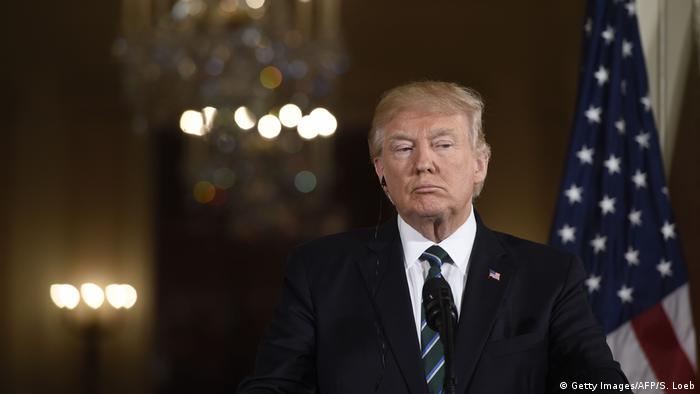 Michael Kugelman: I think the Trump administration will announce a new Afghanistan policy in the next few weeks or even days - there is a comprehensive policy review taking place at the White House right now. Given how troubling the situation has become in Afghanistan, a new policy on Afghanistan can't come soon enough.

Afghan warlord and ex-premier, Gulbuddin Hekmatyar, has called on the Taliban to lay down their weapons and enter peace talks with the government. Kabul signed a peace agreement with the Hezb-i-Islami leader last year. (29.04.2017)

The US has dropped the largest non-nuclear bomb on an "Islamic State" (IS) target in Nangarhar. DW examines the reasons behind the attack, its timing, and whether IS really poses a big threat to the US in Afghanistan. (14.04.2017)

An increased Russian involvement in Afghanistan has surprised many observers. What does Moscow want to achieve in the war-torn country? After Syria, is another US-Russia conflict being played out in a different arena? (03.01.2017)

Trump seems to be a big advocate of securitizing foreign policy, but even this administration will understand and acknowledge that there can be no military solution to end this long, terrible war.

The main difference, and it's a big one, between this administration and the previous one is that Trump will be a much more fervent advocate of an extended US military presence in Afghanistan. Obama, for all we can say about how he took ownership of the war and surged troops into Afghanistan, was an anti-war president who wanted US troops out of Afghanistan. It's a different story with Trump. I'm quite sure he'll agree to send more troops, as well.

To what extent is a shift in the US' Afghanistan policy needed, considering the tremendous gains made by the Taliban and other insurgent groups in the country?

It's certainly time for a shift in strategy. The question is what this shift should look like. US options are limited as currently defined; it seems that the conversation typically revolves around troop levels and the question of reconciliation. And yet you need to go much further than this if you want to get real change on the ground in Afghanistan.

Washington will need to figure out what to do about the Pakistan problem - and specifically Pakistan's refusal to deal with the Taliban sanctuaries on its soil. So long as those sanctuaries remain, the Taliban insurgency will remain strong.

Another area to be addressed is the Afghan government. One reason why the Taliban have grown in strength is the failure of the National Unity Government in Afghanistan to implement robust policies to take on the insurgency.

It's been so constrained by personal animosities between President Ashraf Ghani and Chief Executive Officer Abdullah Abdullah, and sheer dysfunction that it's been able to get relatively little done. It's not in a position to tackle something as big as the Taliban insurgency. There's a big question as to what, if anything, the US can do to shift this calculus of a deeply ineffective Afghan government.

Kugelman: 'It's certainly time for a shift in strategy'

How should President Trump deal with Pakistan?

As for Pakistan, we can certainly expect the Trump administration to push the Pakistanis to get the Taliban to the peace table. But ultimately this is an empty policy, because many years of the US asking for this haven't yielded results. The Pakistanis are now insisting that they no longer have leverage over the Taliban, and most importantly, the Taliban aren't inclined to join peace talks regardless of who may try to get the group to change its mind.

Some reports suggest that Trump might send 3,000 to 5,000 additional US troops to Afghanistan. Do you think increasing the number of troops in Afghanistan will improve Afghan security?

What this modest number of new troops can do is twofold. First, it can enhance the very real progress made in recent years to increase the fighting capacities of the Afghan security forces. More US troops in Afghanistan means that more troops will be in place to help the current assist/advise/train mission get Afghan troops to do air cover and intelligence collection better - two long-cited deficiencies.

Second, more troops can bring an important psychological boost to the Afghan government and especially the military forces, which are very worried that the US will abandon Afghanistan and withdraw all troops. The Afghan military, which suffers from low morale and high desertion rates, could benefit from some reassurance in a big way.

Last month, the US used its biggest non-nuclear bomb in Afghanistan, targeting "Islamic State" (IS) fighters in Nangarhar. What did Trump want to achieve through this?

There are all kinds of theories for why the US military dropped that huge bomb. My sense is that one of the main objectives was to signal to far-off enemies - particularly Syria and North Korea - that the US is capable of using withering levels of force if need be.

The other main objective, in my view, was a very narrowly based tactical goal: Take out IS fighters in a very specific type of hideout (caves and tunnels) with one of the only weapons that can work in those areas.

I don't think the bomb was dropped in an effort to compel the Taliban or other militant groups to come to the peace table. If anything, withering uses of force will only embolden militants and make them less likely to want to talk peace. For the Trump administration, I'm quite sure the use of this bomb was guided by tactical battlefield decisions, and not broader considerations about reconciliation.

What approach will the Trump administration take toward Afghan peace negotiations?

At first, there was reason to believe that this administration would reject the idea of peace negotiations with the Taliban. This is an administration that takes a very black and white view of terror and wouldn't seem inclined to want to negotiate with a group like the Taliban, which the State Department doesn't formally designate as a terror group but certainly believes acts like a terror group.

However, there are recent indications - particularly as evidenced by some comments made by Secretary of State Rex Tillerson at a recent NATO conference - that the US government does indeed support negotiations.

The question, however, is what role the US would want to take in negotiations. Will it reiterate the Obama policy of supporting an "Afghan-owned, Afghan-led" negotiation, or would it be willing to take the lead in negotiations, which the Taliban claim they would prefer? The answer remains to be seen. 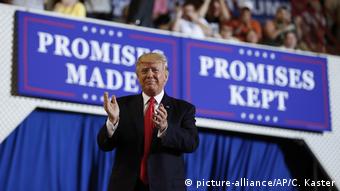 Do you see the US and Russia locking horns in Afghanistan?

I do fear some trouble involving the US and Russia in Afghanistan. For those optimistic enough to think there could have been a reset in relations between the US and Russia, it would be tempting to see that both the Washington and Moscow have similar objectives in Afghanistan - more stability, mainly - and assume levels of cooperation.

Unfortunately, with US-Russia relations predictably dreadful, we can expect Moscow to do whatever it can to foil American plans and undercut US influence in Afghanistan. This may entail funneling arms to the Taliban, which of course top US military officials have suggested, is already happening.

How ironic and troubling would it be if, more than 25 years after the Soviet withdrawal from Afghanistan, the country once again becomes a battlefield for US-Russia rivalry.