Trump subtweet helps make Hitler biography a US hit | World | Breaking news and perspectives from around the globe | DW | 30.09.2016

A 1,000-page German biography of Hitler has become a US bestseller after a review implied parallels with Donald Trump. The book's translator, Jefferson Chase, says there are numerous points of comparison. 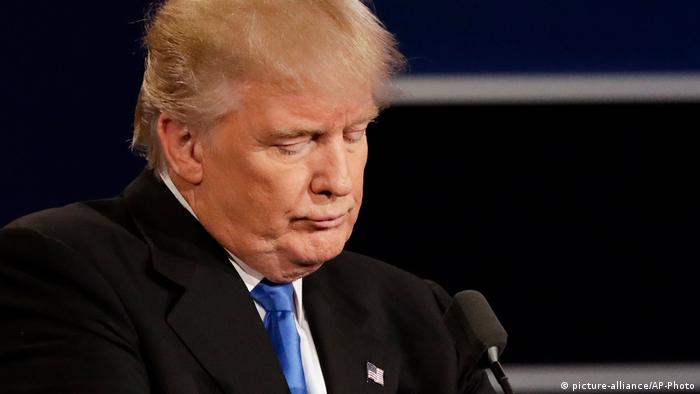 My new word for this week is "subtweet."

Yesterday morning, I woke up to find a text message from a friend of mine informing me that a book I had translated, "Hitler: Ascent 1889-1939" by the German historian and journalist Volker Ullrich, was riding high at number 12 on Amazon's US bestseller list. The first volume of a massive biography about arguably the most evil figure in history, it seemed to me to be an unlikely candidate for a mass hit in America.

But it had some prominent help. The book was the subject of a rather unusual review in the New York Times earlier this week, in which the paper's lead book critic Michiko Kakutani called it a "fascinating Shakespearean parable" and then proceeded to list a number of Hitler's personality traits and aspects of his rise to power.

By definition, a parable is a story that conveys meaning by analogy. Kakutani didn't say whose life story Hitler's early biography was a parable of, but readers lost no time in identifying a leading target: Donald Trump.

"Volker Ullrich's book jumped to the top 20 on Amazon almost immediately after Michiko Kakutani's review in the New York Times, which made an implicit comparison between the personal qualities of Hitler as he rose to power and those of a certain presidential candidate," Andrew Miller at the American publisher Knopf confirmed to me. "The piece went live on Tuesday afternoon, the day after the presidential debate, and started going viral the next morning, and here we are."

But what does the author think of all the attention he's suddenly getting in the United States? I decided to send him an email.

Not really a review

Ullrich - the political editor of the highly respected weekly newspaper "Die Zeit" for almost 20 years and the author of eight major historical books, including studies of Bismarck and Napoleon in addition to Hitler - seems a bit taken aback at suddenly being dragged into the US election. 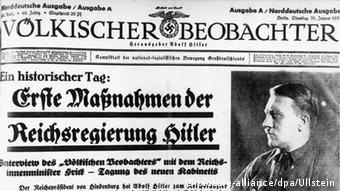 Hitler was also a media star in his day

"The success of the first volume of my Hitler book surprised me, and it definitely seems connected with the New York Times review," Ullrich wrote me. "Actually it's not a review - much more the reviewer has tried to insinuate affinities between Trump and Hitler with an (admittedly clever) collection of quotations, although without ever explicitly naming Trump."

Although he sees some points of comparison between the two figures, he cautions against equating them.

"When I wrote my book between 2009 and 2013, there was no talk of Trump running for president so there was no way I could have him in mind at all," Ullrich pointed out. "I think comparing Trump with Hitler is inappropriate because it dangerously underestimates the latter. In toto, Trump probably doesn't represent the sort of threat to world civilization Hitler once did."

Ever the scholar, Ullrich doesn't want to go into detail on a topic he has not himself thoroughly researched. But this is not the first time, nor is it likely to be the last, that parallels are drawn between the Donald and the Führer.

Throughout this year, various people, including Holocaust survivors, have made comparisons between Trump and Hitler. Perhaps the most prominent was Eva Schloss, Anne Frank's step-sister and a former prisoner at Auschwitz.

"If Donald Trump becomes the next president of the US it would be a complete disaster," she told the American news magazine "Newsweek" in January, citing Trump's statements about denying Muslims entry into the US and building a wall on the country's border with Mexico. "I think he is acting like another Hitler by inciting racism." 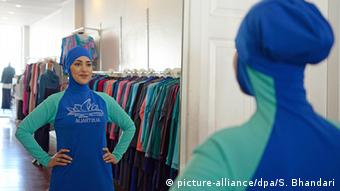 Fear of foreigners is generally associated with narcissism

In March, Mexican President Enrique Pena Nieto compared Trump's "strident" rhetoric to Italian dictator Benito Mussolini and Hitler. And there is no shortage of less serious Trump-Hitler material on the Internet, including who-said-what quizzes and falsely subtitled YouTube parodies of the film "Downfall," in which the Führer reacts to the American real-estate mogul's candidacy.

"Here's the real question," writes author Mark Sumner on the "Daily Kos" website. "Would it be possible at this point to fairly discuss Hitler and not put people in mind of Trump?"

Many of the personal characteristics documented in Ullrich's Hitler biography do correspond to those chronicled by Trump biographers. They include a mutual conviction that winning is all, difficulty and disinterest in former close personal relationships, undeniable skill as entertainers, a tendency to boast and get angry when contradicted, lack of empathy with others and an inability or refusal to distinguish between truth and wishful thinking. It's tempting to see Hitler's hateful beer-hall rants in 1920s Munich as a kind of pre-television precursor to Trump's excoriations of weaker targets in his reality show "The Apprentice" or on the campaign stump.

On the other hand, most of those traits are considered generally characteristic of narcissism and could apply to many people. Internally the present-day US is dramatically different than the Weimar Republic, and America's position in the world today is quite unlike that of Germany in the 1920s and early 1930s. So the fact that a biography of Hitler can be read primarily for its significance to contemporary American politics could be seen as just a sign of how omnipresent the election is right now in the US.

In any case, it's helped give birth to an unlikely bestseller.

Donald Trump's 'America First' slogan has a toxic past

US history scholar Gary Gerstle tells DW why he is stunned that Donald Trump chose "America First" as his foreign policy motto. He also details why Trump's effort to make the discredited slogan sound innocent will fail. (29.04.2016)

While Hitler and Trump have some similarities, the differences are more important, German historian Thomas Weber tells DW. Instead of comparing them, people should focus on the danger Trump poses to the world. (07.03.2016)