President Donald Trump's nominee for Army secretary has withdrawn himself from consideration. Mark Green had come under pressure from rights groups over alleged comments regarding minorities and LGBTQ groups. 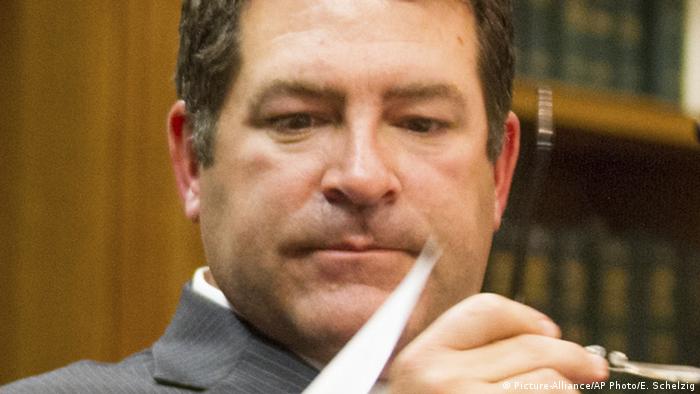 Mark Green's withdrawal from consideration for the position of Army secretary on Friday made him the second Trump nominee to turn down the role.

Green, a Republican state senator from Tennessee, said that "false and misleading attacks" over alleged past comments against Latinos, Muslims and transsexuals had forced him to withdraw.

Lawmakers and rights groups decried US President Donald Trump's nominee, calling him unfit to serve as a subordinate to the US defense secretary because of his past stance on minorities.

"Tragically, my life of public service and my Christian beliefs have been mischaracterized and attacked by a few on the other side of the aisle for political gain," Green said in a statement. "While these false attacks have no bearing on the needs of the Army or my qualifications to serve, I believe it is critical to give the President the ability to move forward with his vision to restore our military to its rightful place in the world."

Democratic Senate leader Chuck Schumer welcomed Green's decision to stand down, saying it was "good news for all Americans" and especially good for those "who were personally vilified by his disparaging comments directed toward the LGBTQ community, Muslim community, Latino community and more."

In a statement, Schumer cited Green's record of supporting legislation that made it "easier for businesses to discriminate against the LGBTQ community," opposing gay marriage, and believing "being transgender is a 'disease.'"

Green was Trump's second pick for the role. The president's first choice, Vincent Viola, a billionaire, withdrew claiming he could not overcome objections over his business conflict-of-interests.

Trump has struggled to fill a number of politically appointed positions within the Pentagon, including deputy secretary.

The Defense Department cited extreme political polarization in Congress as the main obstacle. However, strict financial rules have also proven problematic for a number of prospective candidates. Squabbling within the administration has also slowed the process. Reports suggest that Trump has refused to put forward any Republican who disparaged his ultimately successful presidential campaign.

Outside of the Defense Department, the White House had yet to put forward its nominee for more than 460 of the 556 key positions that require a Senate confirmation.

In February Andrew Puzder, a fast food executive, withdrew as Trump's nominee for labor secretary, citing a lack of support among Republican senators.