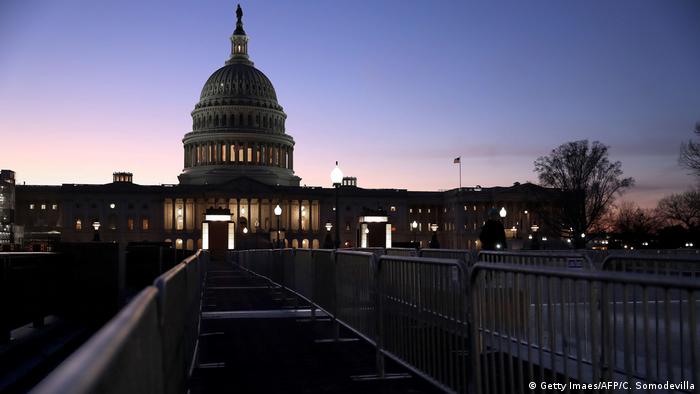 Members of the US Senate convened at the Capitol in Washington for the impeachment trial of President Donald Trump, kicking off a debate and vote on the structure and rules of the proceedings that concluded in the early hours of Wednesday, as largely expected, with the approval of trial rules presented by Senate majority leader Republican Mitch McConnell.

McConnell proposed a condensed calendar for opening arguments, with House Democratic prosecutors and Trump's lawyers each having 24 hours split over two days to present their arguments. His proposal was approved 53-47 in a party-line vote.

However, following protests by senators from both parties as proceedings began, McConnell abruptly changed his proposal to include a third day for opening arguments.

In another abrupt change as the proceedings began, McConnell said House evidence would automatically be included in the record, instead of requiring a vote.  Ahead of the proceedings, Democrats said McConnell's proposal failed to guarantee evidence gathered by investigators would be put on the record.

The House speaker, Democrat Nancy Pelosi, had called the schedule "absurdly compressed" and said any senator who voted for it did not intend to "truly weigh the damning evidence" against Trump.

It is only the third time in the history of the United States that a president has faced an impeachment trial.

A trial without witnesses?

Senate Minority Leader Chuck Schumer blasted McConnell's plan Tuesday, calling it a "national disgrace." Schumer, a Democrat, accused McConnell of rushing the trial and being "hell-bent" on making it harder for witnesses and documents to be presented.

Further condemnation of the way the trial is being managed came from the lead House impeachment manager, Democratic congressman Adam Schiff.

After the opening arguments, senators will be allowed up to 16 hours for questions to the prosecution and defense, followed by four hours of debate.

McConnell's proposal still calls for the Senate to vote on whether to approve any additional evidence or witnesses in the proceedings following opening arguments and questions from lawmakers. Democrats had demanded this vote take place before the opening arguments, and say the Republicans are using a delay tactic to prevent witnesses from testifying.

After one particularly bitter exchange between House Democrats presenting their case and White House lawyers, Supreme Court Chief Justice Roberts, who presides over the trial, admonished both sides, reminding them to "remember where they are.''

"I think it is appropriate at this point for me to admonish both the House managers and the president's counsel in equal terms to remember that they are addressing the world's greatest deliberative body," Roberts said, adding that they should "avoid speaking in a manner and using language that is not conducive to civil discourse.'' 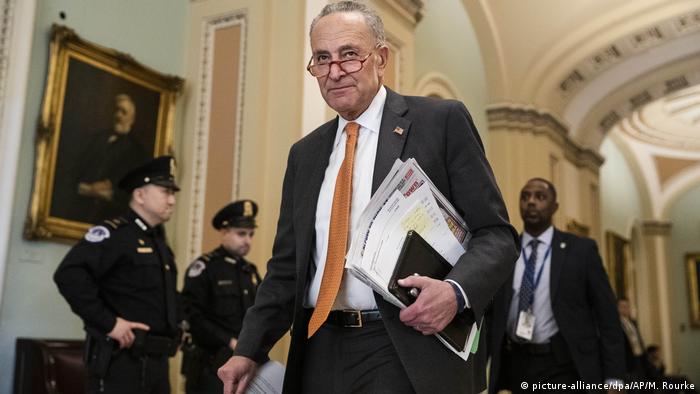 There are 100 senators in the US upper house of Congress. The Republicans hold a majority with 53 senators, and that majority means that four Republican senators would have to join Democrats to crack the "magic number" of 51 necessary to agree on critical procedural issues like witness testimony and submission of additional evidence from investigators.

Why was Trump impeached?

House Democrats impeached the Republican president last month on two charges: abuse of power by withholding US military aid to Ukraine in an alleged pressure campaign to get the country to help him win the 2020 election, and obstruction of Congress by refusing to cooperate with the investigation.

On Tuesday, Schumer called the charges against Trump "crimes against democracy itself."

The length of the impeachment trial is still up in the air. However, it will continue six days a week, Monday through Saturday. In the quickest possible outcome, the Senate could vote to convict or acquit Trump by the end of January.