The US Treasury has issued new sanctions against Russia in response to what it called "ongoing nefarious attacks." The move targets numerous entities and individuals. The US says Russia also hacked its infrastructure. 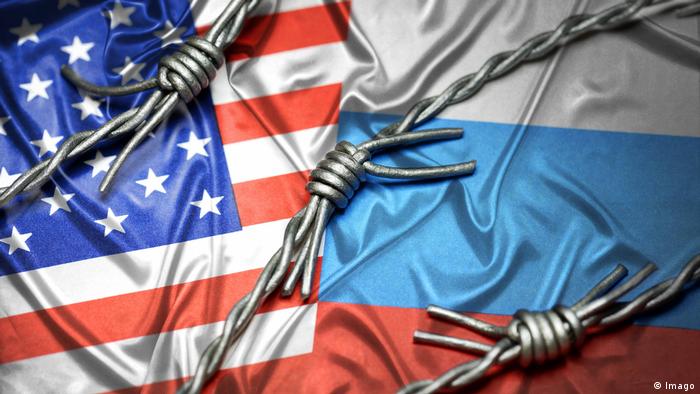 The US Treasury Department issued tough sanctions on Thursday against Russian entities and individuals for what it said were "ongoing nefarious attacks emanating from Russia."

Among the institutions targeted in the new sanctions for election meddling were Russia's top intelligence services; the Federal Security Service (FSB) and the Main Intelligence Directorate (GRU). Also included was the Internet Research Agency, which was recently indicted by Special Counsel Robert Mueller for interfering in the 2016 US presidential election.

Who is targeted by the sanctions: The FSB is being sanctioned for the use of cyber tools in targeting US officials "including cyber security, diplomatic, military, and White House personnel."

The GRU, as well as a number of its top officials, is being sanctioned for its direct involvement in "interfering in the 2016 US election through cyber-enabled activities." The Treasury also says that the GRU was "directly responsible" for the June 2017 NotPetya cyberattack on European businesses.

The Internet Research Agency and 13 individuals connected to it are being sanctioned for using fake identities online as well as posting thousands of online ads in an effort to sow confusion among US voters.

Sanctions also target a number of individuals for ongoing attempts to hack the US energy grid.

What US officials are saying: US Treasury Secretary Steve Mnuchin says, "The administration is confronting and countering malign Russian cyber activity, including their attempted interference in US elections, destructive cyber-attacks, and intrusions targeting critical infrastructure."

The move is seen as significant as the Trump administration and, above all, President Donald Trump himself, have been slow to criticize Russia for election meddling, fearing it may undermine the legitimacy of his victory over Democratic challenger Hillary Clinton.

Russian reaction: Russia's Deputy Foreign Minister Sergei Ryabkov said that although Moscow was calm about the sanctions, it had already begun "to prepare a response." He also accused the US of timing the sanctions announcement to coincide with this weekend's Russian presidential elections, saying, "It is tied to US internal disorder, tied of course to our electoral calendar."

Reaction to cyberattacks: Officials have sent security alerts to energy companies who they say are being deliberately targeted in Russian "network reconnaissance" operations involving control systems that run US factories and the country's electrical grid. Officials say they have kicked hackers out of all of the systems they are known to have penetrated.