After making landfall as a Category 1 hurricane, the powerful storm was downgraded to a tropical storm. But authorities have warned that the worst is to come as Louisiana braces for heavy rains and dangerous flooding. 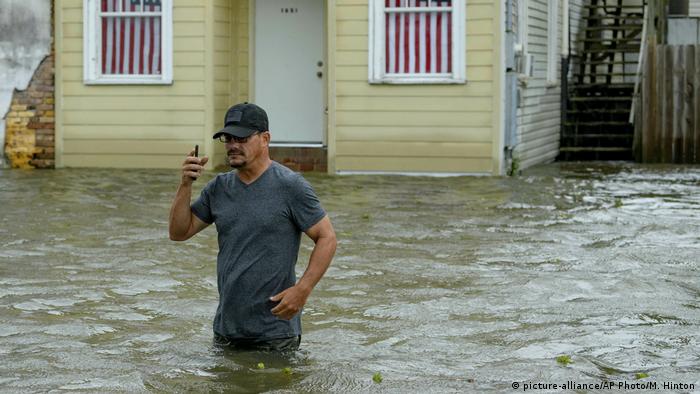 Tropical Storm Barry made landfall on Saturday in the US state of Louisiana as a Category 1 hurricane with sustained winds clocking in at more than 81 miles per hour (130 kilometers per hour). It quickly weakened to a tropical storm, however, with winds dropping to 70 miles per hour.

Authorities were on high alert as Barry's path skirted across the western periphery of New Orleans, where 14 years ago Hurricane Katrina devastated the city and surrounding areas.

The US National Hurricane Center warned of dangerous storm surge, heavy rains and strong winds. Despite the flooding concern, however, New Orleans experienced only light rain and winds on Saturday, and no flooding. Still, city officials said a flash flood watch had been extended until Sunday evening. Mayor LaToya Cantrell said New Orleans residents "are not out of the woods with this system." 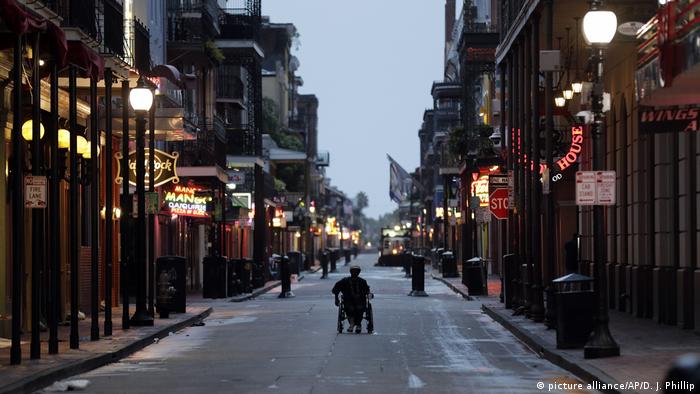 For some, finding shelter was a difficult task

The storm is expected to bring heavy rains to an already saturated part of the US. The Mississippi River is swollen from springtime floodwaters. Scientists have previously warned of compounding risks due to climate change.

"This is just the beginning," said Louisiana Governor John Bel Edwards. "It's going to be a long several days for our state."

US Army Corps of Engineers official Mark Wingate tried to calm residents, saying officials "see no concerns at all about [water] overtopping the Mississippi River levees."

Earlier this week, US President Donald Trump declared a state of emergency in the state after receiving a letter from Edwards urging federal action. The declaration gives Louisiana access to federal assistance.