Macaques are considered timid; though this one looks aggressive, he's just yawning

Twenty-five Barbary macaques escaped from a zoo in the German town of Löffingen on Thursday for several hours.

The troop of monkeys were first spotted roaming around a local neighborhood. Zoo employees then tried to capture the macaques, but according to police they initially escaped and their handlers then lost sight of the group.

By early evening on Thursday, the runaway primates were located and secured. 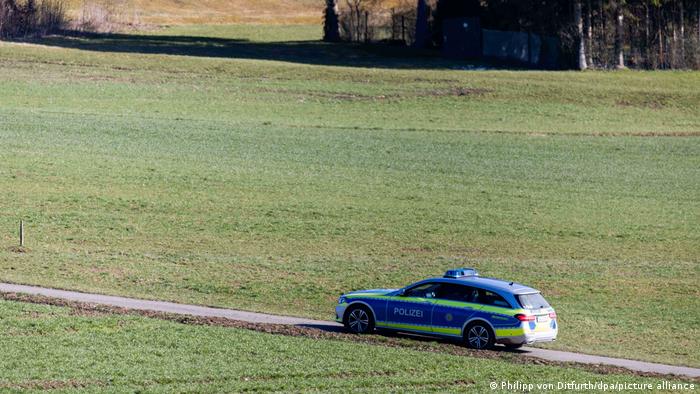 Police searched for the escaped monkeys, who were rounded up by Thursday evening

"The animals apparently took advantage of the nice weather and spent the afternoon on the edge of a forest near the zoo," police said.

Construction work near the zoo might have enabled the apes to find an escape route out of the enclosed compound, police said in a statement.

City in Thailand to sterilize hundreds of wild macaques

Native to North Africa, the ginger-furred toddler-size macaques are typically harmless, timid and fearful of humans, according to the Barbary Macaque Awareness & Conservation NGO.

Police in the southwestern state of Baden-Württemberg had warned passersby not to try to feed or catch the macaques, as that could intimidate them or prompt them to lash out.

A zoo in the German city of Krefeld said "our worst fears have become reality" after a fire destroyed a primate sanctuary. Police said a drifting New Year sky lantern was to blame for the tragedy.

Wilhelma zoological and botanical gardens has unleashed an unusual offering for some of the animals it hosts — Christmas presents. The venue in Stuttgart has more than 2 million visitors annually.