Sectarian fighting in northern Lebanon's Tripoli long predates the violence in Syria. Yet, as violence presses on in Syria, locals say they are "tied to the map" of the region. Patrick Strickland reports from Tripoli. 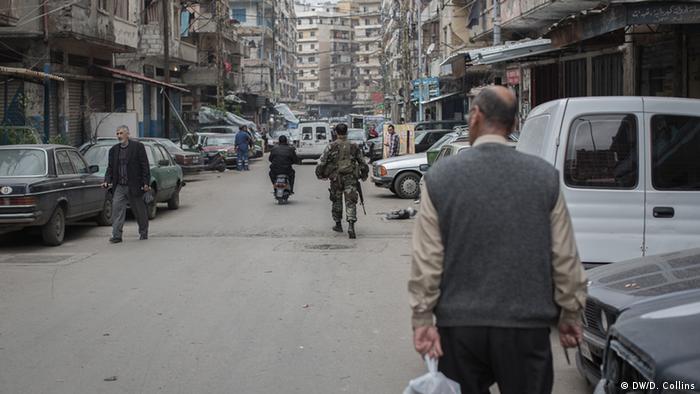 Yet tensions between Bab al-Tabbaneh's militias and the army may explode again soon. Osama Mansour, an Islamist fugitive who supports the Nusra Front (Jabhat al-Nusra), was killed during a shootout with state security forces in Tripoli overnight Thursday. He was reportedly wearing an explosive belt at the time.

Islamist groups in Bab al-Tabbaneh most recently squared off with the military in a bloody battle in October. In response, the military implemented a new security plan in January designed to keep the calm. Local residents and fighters say it is unlikely to last.

"We are just waiting for the order from Saudi Arabia to open the next battle," said Abu Bashar, a commander of an alleyway militia called the Committee of the Mosque. "We have to protect our Sunni community here."

It would be a mistake to chalk up the violence as a sectarian conflict: The fighting between Bab al-Tabbaneh and Jabal Mohsen is in its essence a proxy war about power. The Saudi funds and support pouring into Bab al-Tabbaneh are matched by Syrian support of the Alawite community in Jabal Mohsen.

Residents in both communities have fought on opposite sides in Syria, only to return home and continue the fight against each other in Tripoli.

While he is technically a wanted man, Abu Bashar sat across the street from a group of soldiers manning a military checkpoint and spoke openly about his opposition to the military's existence. He has avoided arrest for the time being due to the military's fear of sparking another battle with local fighters after the detentions of dozens of fighters and local militia leaders last spring.

Sitting calmly in front of the local mosque on Syria Street, the de facto dividing line between the feuding Bab al-Tabbaneh and Jabal Mohsen neighborhoods in Tripoli, he explained how he sees the conflicts enveloping Tripoli.

'We won't have mercy'

Yet local preexisting conflicts between Sunnis, Alawites and the Lebanese military are now further complicated by the emergence of the radical Salafist groups Nusra Front and Islamic State affiliates now operating in the neighborhood, he said.

The fragile calm between Bab al-Tabbaneh and Jabal Mohsen is more of a standoff than a truce, and many residents and fighters on both sides feel that the next flare up can begin at any moment.

Khodar, a 24-year-old fighter from a Nusra-linked alleyway militia, hopes for "waves of blood" in Tripoli's street and a "slaughter" of their Alawite neighbors.

"We won't have any mercy on Jabal Mohsen. No way," he proclaimed, explaining that he saw his brother and neighbor killed by gunfire during the last prolonged outbreak of violence between Bab al-Tabbaneh and Jabal Mohsen in March 2014.

Just uphill in Jabal Mohsen, the anger is no less prevalent. Khodar Aasi, a 42-year-old coffee shop owner, has suffered loss time and again. His wife was killed by a sniper's bullet that came through the window of their home last year and his 20-year-old son was shot and killed in the street a few months later. 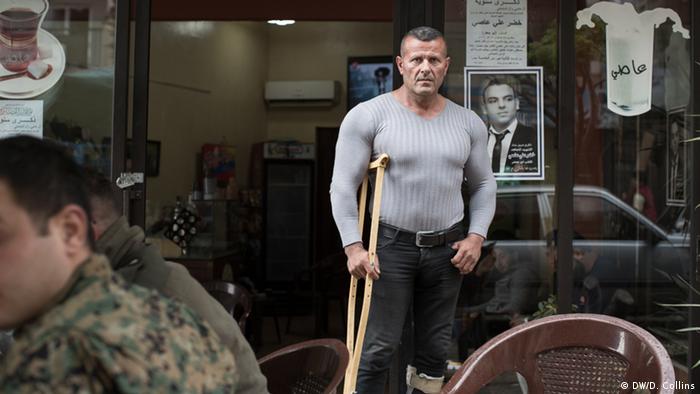 At first glance his muscular build is rendered awkward by his limp, the result of being shot in his leg last fall while Sunni fighters from Bab al-Tabbaneh stopped random Alawites to kneecap them. "How are we supposed to coexist with them?" he said. "No one can ask me to live side-by-side with these extremists."

'Tied to the map of the Middle East'

But the violent rhetoric is just as widespread in Jabal Mohsen as in Bab al-Tabbaneh. Ali Aasi, a 23-year-old fighter, lifted up his cell phone to show a photograph of a long machete. "I bought this after they shot and killed my dad," he said. "I want revenge. I want to blow them up. We are all ready for the next battle."

"My father loved life," he recalled. "If they had killed me or one of the other fighters, I could accept that. But he wasn't a fighter and never wronged anyone. We are not violent people by nature. They taught us to be this way."

In August 2014, two Tripoli mosques were rocked by car bombs, killing 27 people and causing upwards of 600 injuries, leading many to speculate that the mosques were targeted due to their alleged affiliations with the Syrian opposition. 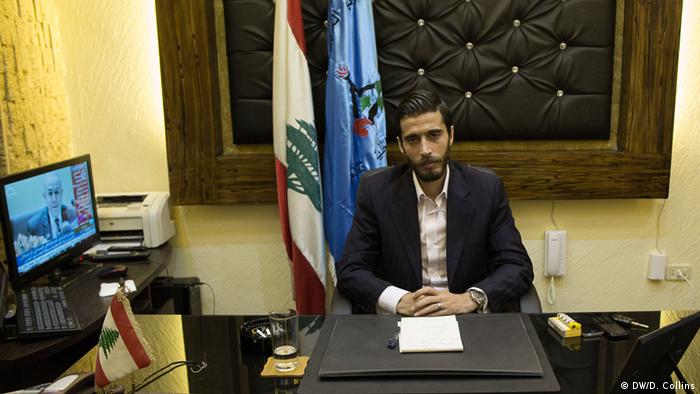 According to a high-ranking Lebanese military source, maintaining the present calm has been further complicated by the influx of Syrians into Bab al-Tabbaneh, estimating that between 20 and 30 percent of the neighborhood's population are Syrians by origin. Although most of them are refugees seeking a safe haven away from the crisis in their homeland, many are fighters who were involved in armed struggle against Assad's regime.

"We are tied to the map of the Middle East," noted Ali Fouda, spokesperson of the Arab Democratic Party, which represents local Alawites. "When the situation is bad in Syria or now with the fighting in Yemen, we become more vulnerable here."

A suicide bomb attack in the northern Lebanese city of Tripoli has claimed at least seven lives. The blast occurred in a coffee shop in an area home to loyalists of Syrian President Bashar al-Assad. (10.01.2015)

Cyberattack on US pipeline carried out by criminal gang — reports