Medical organizations have begun testing new anti-Ebola drugs on patients in the hard-hit countries of Liberia and Guinea. The highly contagious disease has now killed more than 8,000 people in the region. 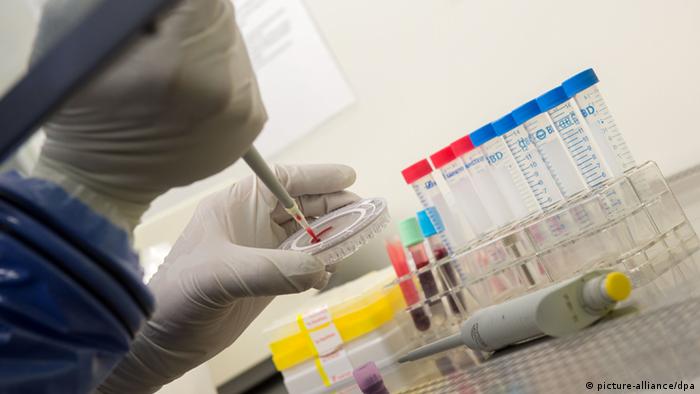 "What we don't know yet is if it will be effective against Ebola in humans. This is why we must do a trial," Dr. Jake Dunning, who is leading the trials conducted by health charity Medicins sans Frontieres said Tuesday.

Doctors have also begun administering two Japanese drugs as part of a trial on patients in Guinea, where the tropical fever broke out last year. The drug, called Avignan or Favipiravir, was developed by Toyama Chemical as a flu treatment. The medicine was used to succesfully treat a Cuban doctor who contracted Ebola in Sierra Leone last month.

Results for Brincidofovir are expected in February while Favipravir tests may take up to March to produce results.

Meanwhile, pharmaceutical company Johnson and Johnson has started clinical trials in Britain with a special drug that uses a booster from Denmark's Bavarian Nordic. Around 72 healthy volunteers will be involved in the Phase I testing, which test the medicine's safety and indicate whether the human body generates an immune response.

Johnson and Johnson said in a statement on Tuesday it had produced enough vaccine to treat more than 400,000 people and that the drug could be used for large-scale clinical trials by April.

The company said it could make enough doses for 5 million vaccines over a period of 12 to 18 months. Currently between100,000 and 12 million doses could be needed to limit the disease.

GlaxoSmithKline, NewLink and Merck are also experimenting with vaccines. Although it is too early to say how much the vaccines would cost, experts believe that the treatment could help push down death rates by 60 percent.

Currently, patients are being treated with ZMapp for Ebola.

The disease, which spreads through contact with the bodily fluids of an infected person or animal, has claimed the lives of more than 8,000 people. Those contracting Ebola experience flu-like symptoms and suffer internal and external hemorrhaging.