Twenty-six people have gone on trial in Tunisia over a jihadi beach attack that killed dozens of foreign tourists. Some defendants are police charged with failing to assist a person in danger. 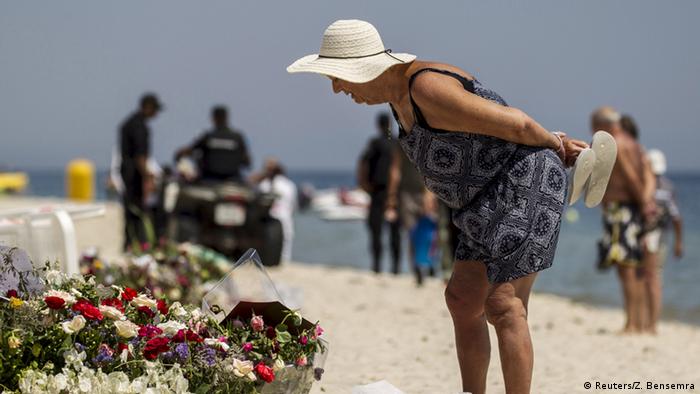 A Tunisian court on Friday held its first public hearing in a trial over a jihadi attack at a resort beach in 2015 in which 38 holidaymakers died, 30 of them Britons. Two German nationals were also among the dead.

The trial, which opened under heavy security, was quickly adjourned after lawyers for both sides sought more time to prepare their cases. The next hearing was set for October 3, a judiciary spokesman told AFP news agency.

Most of the 26 defendants face charges including homicide and forming a terrorist group in connecton with the attack in Sousse, in which a student armed with a Kalashnikov assault rifle and grenades went on a rampage in a resort before being shot dead by police.

Six of the defendants are, however, policemen accused of failing to help people in danger.

The trial hearing in Tunis was attended by British diplomatic officials. 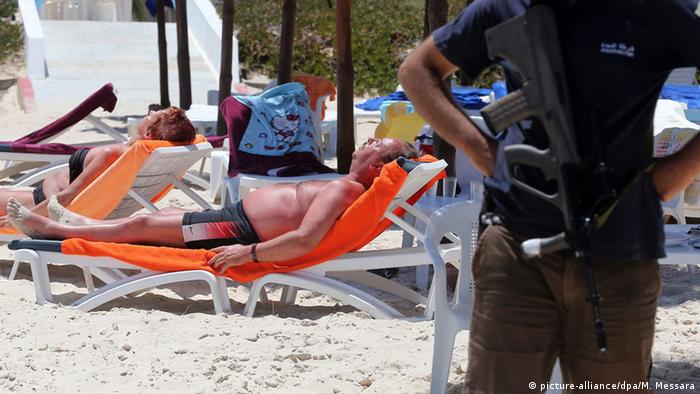 Tunisia had been considered as safe before the attack

A British inquiry in February found that Tunisian security had delayed their arrival on the scene, thus failing to protect the victims of the attack. The judge in charge of the inquest, Nicholas Loraine-Smith, said that the police response had been "at best shambolic, at worst cowardly."

If convicted, the accused could face the death penalty under a 2015 anti-terror law, even though Tunisia has had a moratorium on capital punishment since 1991.

Lawyers representing some defendants asked for their clients to be released from prison as they were not materially implicated in the attack, saying also that they had been subjected to torture while detained.

The attack in Sousse was the second of two deadly attacks on foreigners in 2015 claimed by the "Islamic State" (IS) jihadi group. The massacre devastated Tunisia's important tourism sector, with British authorities still advising citizens against undertaking non-essential travel to the country even two years later.

The gunman in the attack, Seifeddine Rezgui, had been "mainly" radicalized on the internet before receiving weapons training in neighboring Libya, Tunisian authorities say.