Transparency Needed to Crush Corruption | Germany| News and in-depth reporting from Berlin and beyond | DW | 16.03.2005

In its 2005 Global Corruption report, Transparency International reveals how corruption in the construction sector undermines economic development, and of the potential for crooked dealings in the reconstruction of Iraq. 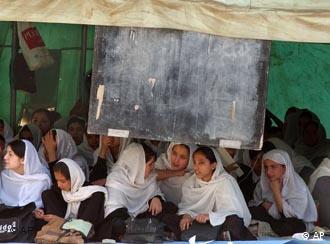 Iraqi reconstruction could open the way for large-scale corruption

The anti-corruption organisation warned in its report that "unless the necessary measures are taken, Iraq is at risk of becoming the largest corruption scandal of all time. The president of the organisation, Peter Eigen, said the money which flows into the war-torn country has to be protected. The report cited the scandal-ridden UN Oil for Food program and highlighted the fact that bribery is endemic in today's Iraq.

The chairman of Transparency International Germany, Hans-Jörg Elshorst, criticised the lack of tender offers for construction contacts, which he said are often administered directly through the US government and simply given to large companies.

"It is all very unusual, and that is why we're so critical," Elshorst told Reuters TV.

In the report, the international NGO says that bribery affects both industrial and developing nations, resulting in money waste and poor construction quality, which in turn endangers human life. For the awarding of contracts, the organisation called for greater transparency, fairer competition and the exclusion from bidding of those companies who have either paid or offered a backhander.

When it comes to Germany, Elshorst had praise for the progress made in the battle against corruption. He said that although the level of corruption has gone down over the past two years, there is still a "large dark figure," which he estimates to be in the "tens of billions."

In a table of 30 industrial states, Germany has fallen from place 20 to place 15, but the Transparency International chairman said that is not good enough, particularly when compared with a country like Britain, which ranks at place eleven.

A widening match-fixing scandal and revelation of politicians' corporate salaries have sullied Germany's once clean image. Experts say the country has been slow to tackle corruption and are calling for tougher laws. (Feb. 15, 2005)

Germany is facing yet another corruption scandal. After a spectacular Munich soccer stadium bribery affair, news that rail company Deutsche Bahn is under investigation is adding to the country's tarnished reputation. (March 16, 2004)

An Endeavor That Needs Time and Money

The German government has generously pledged €500 million ($653 million) over the next three to five years for long-term rebuilding in tsunami-ravaged South Asia. But, how exactly is the money going to be distributed? (Feb. 19, 2005)