Transmitting from the hilltops of Kigali

DW's relay station in Kigali, Rwanda, is located at an elevation of 1,500 meters. It has been in service since 1965. 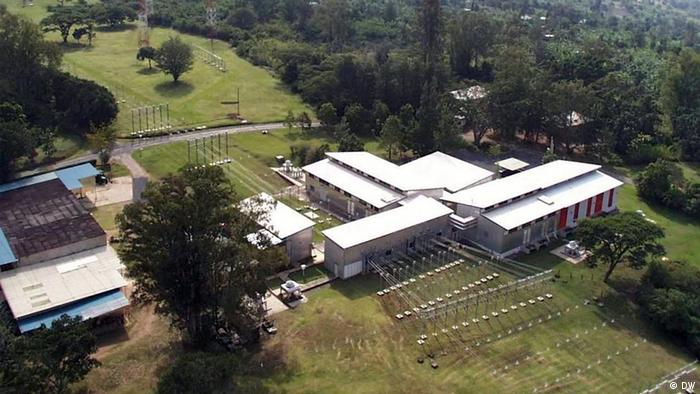 Deutsche Welle's only remaining relay station is located in Kigali, Rwanda. After substantially reducing its shortwave operations, Deutsche Welle discontinued use of its relay stations in Trincomalee, Sri Lanka, and Sines, Portugal, in late 2011. Since then, the relay transmitters at those locations have been operated by local partner stations. In Africa, however, shortwave radio continues to be a good way for DW to reach an important target.

Heinz Büsink is in charge of the Kigali relay station, where four colleagues from Germany work alongside more than 60 local staff. The grounds extend over an area of 750,000 square meters and are guarded by security teams. The relay station in Kigali transmits mostly to Africa and the Middle East, but it is also a relay point for DW programming heading to Asia at certain times.

The site made headlines in Germany during the Rwandan genocide in 1994. Staff members were trapped inside the station for days. The German staff and their families were airlifted by a special Belgian armed forces unit in April, but for a long time their fate remained unknown. According to Deutsche Welle, presumably 80 of the some 120 people working there at the time were killed.