Transatlantic ties too important to sweat the small stuff | World | Breaking news and perspectives from around the globe | DW | 03.10.2014

Transatlantic ties too important to sweat the small stuff

It’s a journalistic outlier - a German newspaper in English, published in the US for an elite audience. As the Atlantic Times marks its 10th anniversary its executive editor tells DW why the paper is not nearly done. 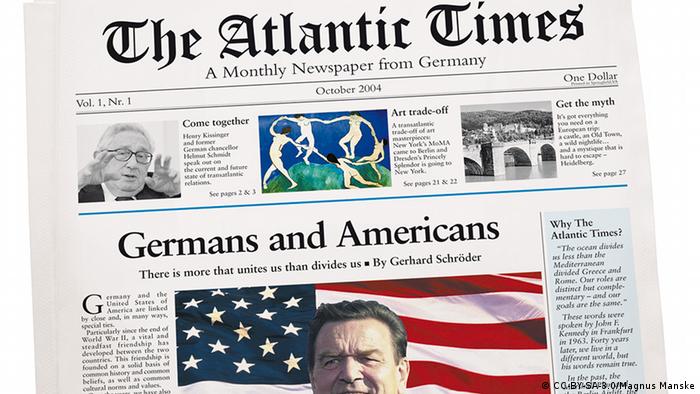 Theo Sommer is the executive editor of the Atlantic Times and former editor-in-chief and publisher of the German weekly Die Zeit.

DW: Why did you decide to launch the Atlantic Times 10 years ago?

Theo Sommer: Ten years ago relations between Germany and the United States were rather strained because of divergent views over the Iraq War. And we thought that we should try to make the Americans understand our point of view and vice versa make the Germans understand the American point of view. And our whole aim was to convince people that the German-American, and the European-American relationship for that matter, is far too important to be sacrificed to the vagaries of the one or the other difference we might have.

When the stated goal is to improve and foster German-American relations, don't you automatically run the danger of describing transatlantic ties only through rose colored glasses at the expense of other important issues? 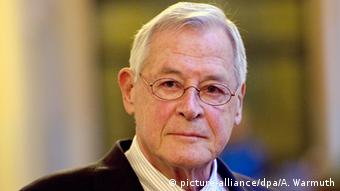 If you look at the paper, we have three sections, politics, business and life. So we don't concentrate only on politics, but we look at the broad sweep of our relationship. Also we are not a government mouthpiece. We don't get any money from the government. All of our finances are private, from advertisements. And we present different views - also our own occasionally. Whenever there is a big debate in Germany we try to present both sides or all sides.

Many people may not have heard of or read the Atlantic Times. What is your target audience and how do you reach it?

How are you faring in reaching that audience?

I think we are doing quite well according to the echo we get, we have senators who keep writing us, we receive enquiries from diplomats. It's not a mass publication, but it is one that reaches - and I hope enriches - a very important section of the foreign policy making public.

You mentioned that your paper essentially is geared toward anyone interested in transatlantic and foreign affairs. Couldn't you expand your international readership if you were to build a strong digital presence for the Atlantic Times?

We also publish a German Times for a European readership. We further publish the Asian-Pacific Times and we used to print, but now it is only available online, the African Times. So we do have the ambition to reach not only the transatlantic readership, but a global readership. And we are just in the process of reconstructing and intensifying our online business.

Transatlantic relations have certainly had their ups and downs over the past decade. How would you characterize US-German ties today?

We have always had our differences with the Americans. And so clearly we have had some differences with the Obama administration as well. Especially the NSA tapping not only the Chancellor's phone, but listening in on practically everything - that really was a big breach of trust. We said so. On the other hand we realize that this one breach of trust does not abolish the necessity to hang together. I think it was Benjamin Franklin who said: If we don't hang together, we hang separately.