Transatlantic push to save key German-American youth exchange | World| Breaking news and perspectives from around the globe | DW | 25.02.2015

The US administration’s decision to slash funding for a notable German-American youth exchange caused consternation on both sides of the Atlantic. A unique transatlantic coalition is working hard to reverse the cuts. 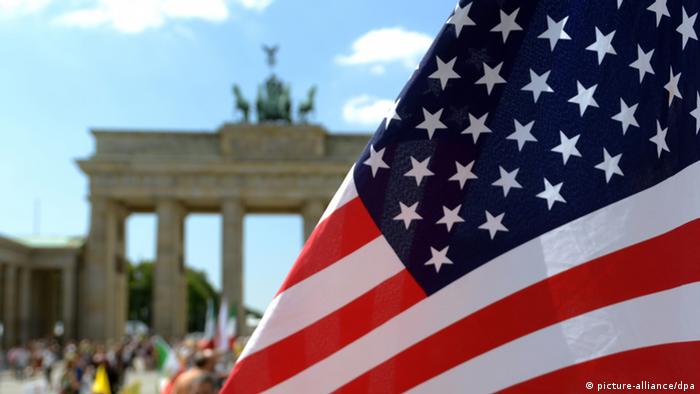 When the US State Department recently decided to cut 50 percent of the funding for the Congress-Bundestag Youth Exchange (CBYX) for the upcoming 2015/2016 program cycle it left even some of its former top diplomats stunned.

"I am very disappointed and I am quite surprised I have to say," Philip Murphy, Barack Obama's ambassador to Germany from 2009 to 2013 told DW. "And I applaud the Bundestag for stepping in to fill up the 50 percent shortfall."

Ambassador Murphy called the program one of the most important ones for the US anywhere in the world. "So I hope that cooler heads will prevail. I hope that we can have some visionaries in Congress as Senator Richard Lugar was in the day when this program really got started and evolved into maturity."

To assure the continuation of the youth exchange program in its current form, at least for now, Germany's parliament, the Bundestag, reacted quickly and decided to bridge the financial gap left by the State Department's cut to the CBYX program. The State Department did not respond to a request for comment.

The CBYX, considered one of the most prominent bilateral exchange programs, has been around for more than 30 years and supports some 700 German and American high school students and young professionals to visit each other's countries every year. The program was launched in 1983 to celebrate the 300th anniversary of the first German immigration to the US and is jointly funded by both countries; so far more than 23,000 participants have traveled abroad thanks to CBYX. 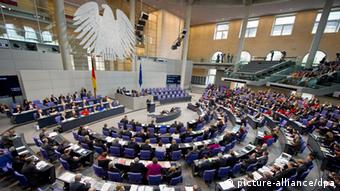 The State Department's decision to slash 50 percent, or $2 million, of its funding and allocate the money to regions and countries where relations are less mature than with Germany has raised alarm bells that the entire financing for the US side of program may be in peril. To counter that trend and restore US funding, alumni of the program have launched an Internet petition. Savecbyx.org has so far garnered more than 18,000 signatures and numerous testimonials from former participants like this one:

"As a 1985-1986 CBYX student to Germany, I can not imagine a justifiable reason on earth why the State Department would cut funds to this program. With that scholarship, I learned a new language, discovered myself and gained an appreciation for the world that I would never have realized."

Former program participants are not alone in their opposition to the cuts. In fact, the State Department's move has spawned an unusual coalition in Washington that is working hard to reverse the partial defunding of the program.

It includes Congressman Glenn Thompson, a conservative Republican from Pennsylvania and Congressman Alan Grayson, a liberal Democrat from Florida.

"I am very disappointed in the White House decision to reprogram those monies to other parts of the world”, Thompson, the new co-chair of the German-American Caucus in the US House of Representatives, told DW. “This was not a cut by Congress. And, quite frankly, this was done without Congress even being aware of it."

The CBYX cut is not the first time the State Department has tried to redirect funding geared primarily for exchange programs with Germany and Europe towards other regions. Last year, planned cuts to the venerable Fulbright Program were averted only at the last minute after a similar Internet campaign.

Asked whether the recurring efforts by the US administration to decrease funding for key transatlantic exchange programs are a sign of a diminished interest in Germany and Europe in these turbulent times, Thompson said:

“I can't speak for the White House, but in terms of Congress that is certainly not the case. That's why we have this program between Congress and the Bundestag and our relationship is extremely important to us. I think it's critical at this time in the world.”

Congressman Grayson, also a member of the German-American Caucus, told DW via email that he perceives the cuts as a sign that "the President's ‘pivot toward Asia' has many consequences, including this one." 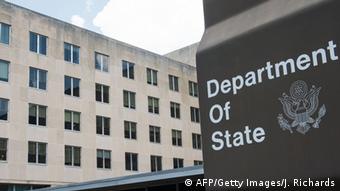 Will the State Department reconsider its cut to CBYX?

Thompson and Grayson, who along with the German-American Caucus and the CBYX alumni, are lobbying hard to restore funding for the program can count on Berlin's help as well.

German Chancellor Angela Merkel earlier this month said she strongly supports the program and wants it to continue.

The German government's coordinator for transatlantic affairs, Jürgen Hardt, told DW that the chancellor had raised the issue also in her talks with President Obama.

"I very much regret the US administration's decision," Hardt said. "I think exchange programs, especially the Congress-Bundestag Youth Exchange, are an extremely useful tool to strengthen our transatlantic partnership."

He added that US Secretary of State John Kerry was conducting a review of the decision. "Even with the budget situation in the United States, we are not talking about a large amount of money that would threaten the budget."

"I am very hopeful," said Congressman Thompson about the chances to reverse the funding cut. "The world is not a safer place, it is a more dangerous place today. I think there is no better time to strengthen this youth exchange program than today."