US President Donald Trump isn't interested in international cooperation, but the other G20 members take a different stance. A clash seems unavoidable at the group's summit. Bernd Riegert reports from Buenos Aires. 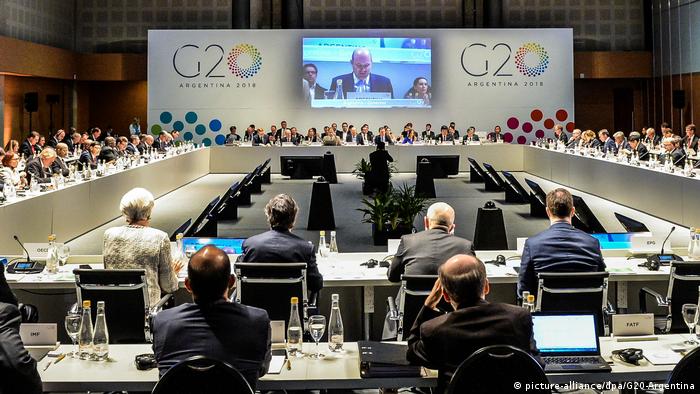 Friday sees the start of the 10th G20 summit. This time around, it'll take place in Buenos Aires, meaning it will be the first meeting of the group in Latin America. Argentine President Mauricio Macri, who is battling with a financial crisis at home, is set to explain his country's woes and expectations to the representatives of the world's 20 most important economies.

Pedro Villagra Delgado is the so-called "sherpa" of the host team and points out that Argentina's president wants the summit to be beneficial for all people. Delgado, who's been preparing the meeting for months on end, says what's required are decisions to make people's lives easier. G20 participants are requested to talk about the impact of a changing working environment in the digital age, but also about education, sustainable development and food security.

But being a seasoned diplomat, Delgado knows that there will also be much talk in Buenos Aires about the US president's controversial policies. After all, with his "America First" agenda, Donald Trump has delivered a blow to allies such as Canada and the EU, but also to China. In the run-up to the summit, IMF Managing Director Christine Lagarde warned that higher import tariffs and trade conflicts in general were taking their toll on global trade.

She said research findings indicated that "in a worst-case scenario and under current measures, the impact is in the range of 0.5 percent of global GDP."

Trump wants to get a deal

German Chancellor Angela Merkel and many others will lay out their course for fair global trade. Right now, it looks like it's going to be a summit where everyone unites against Trump. But the US president, who'll only be at the meeting for one day, is unlikely to get sucked into free trade debates.

For him, it's all about "America First" as he recently reiterated before Thanksgiving. International organizations such as the WTO stand in his way. What Trump really wants in Buenos Aires is to meet with Chinese President Xi Jinping to strike a deal while sending stern warnings toward Beijing all at the same time.

"We're doing very well with China," Trump said. "China wants to make a deal very badly. I have another $250 billion (€220 billion) worth in tariffs to put on them, if we don't get a deal — and believe me, I'll be putting them on," he warned, adding that "China has been ripping off our country for many, many years, and they won't rip us off with me." 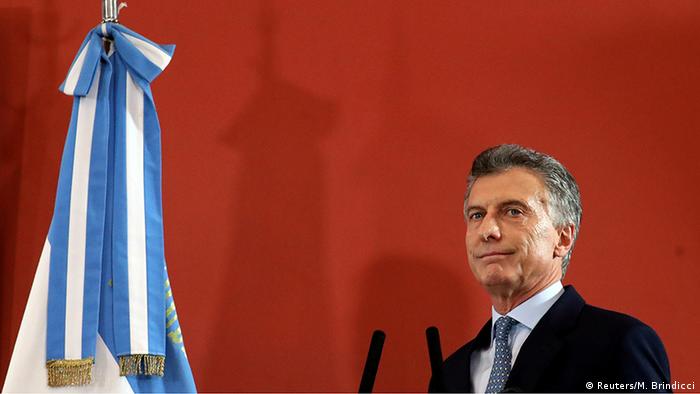 A summit in its own right

It remains unclear whether European Commission President Jean-Claude Juncker will also get a chance to talk to Trump about higher tariffs on steel and cars. Bilateral talks started in summer of this year have stalled as Juncker doesn't want a policy where national interests take precedence over global requirements, saying that he would always remain a staunch supporter of multilateralism.

A planned meeting between the presidents of the US and Russia will now not come off at the summit over the renewed escalation of the Ukraine conflict. The US and Russia are also at loggerheads over the INF Treaty on the banning of intermediate-range nuclear missiles. Trump wants to walk out on the agreement, accusing Russia of undermining the accord, which the Kremlin denies.

The Trump show aside, the summit will provide an opportunity to talk about better training for employees, including young people. Last year when Germany had the G20 presidency, the focus was on developments in Africa. A relevant agreement signed in Hamburg back then had been reasonably successful, said South African President Cyril Ramaphosa during a recent visit to Germany.

He told the German delegation that "the way your co-determination system works where labor, government and business work together has been a window for us to look through and say there is something that we can learn." Ramaphosa added that "one of the challenges we're facing is a skills deficit, and there as well German can teach us a lot."

Pedro Villagra Delgado said the training of workers the way it's done in Germany can be helpful not only for Africa, but also for many other parts of the world.

"We're bringing the G20 vision from the South, a vision from a developing country that we still are, and that's reflected in the priorities we set," Delgado noted.

The Argentine hosts hope that at the end of the day the leaders of the countries accounting for over 80 percent of global output will move closer together again, despite Donald Trump. Delgado said he hoped that in the final communique "there will be a consensus and a commitment again to work together for the best of all of us."

The communique will only be adopted on the second day, with Donald Trump already on his way back. EU diplomats insisted, though, there was also some common ground with the US, for instance with regard to reforms required to overhaul the World Trade Organization. They acknowledged that the US delegation had played no small role in readdressing old conflicts and starting fresh debates about them.

Delgado says the only thing that's certain is that everything is changing, there's no static state in international relations.

A 144-year-old postal treaty has become the latest battleground in the Trump administration's escalating trade war with China. Washington claims the UN treaty benefits China and other countries at the expense of the US. (17.10.2018)