Tracking patterns: how software claims to stop crime by analyzing a burglar's behavior

It's a law enforcement dream: stopping break-ins before they happen. Software makers claim to be able to prevent burglary by analyzing the patterns of thieves. And police in Germany hope they are right. 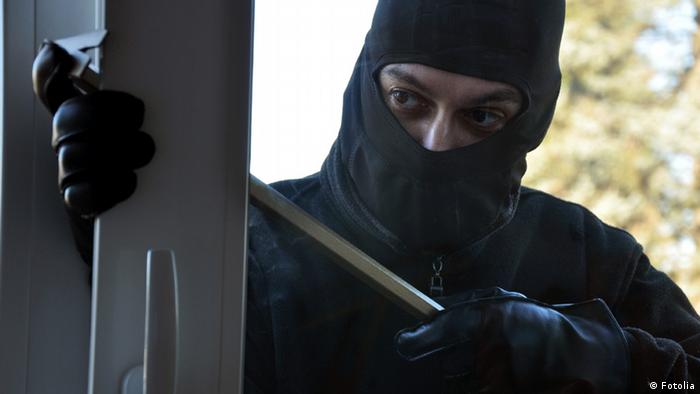 Let's say it's New Year's Eve. And after a late night partying across town, you somehow make it home. Cold and tired, you take out your keys - but the door is already open. Someone has forced their way inside your home. Laptop, sound system, TV, microwave: all gone.

Being the victim of a break-in is every tenant's and homeowner's nightmare.

The chances of ever seeing your belongings again are slim to none.

So the best thing to do is prevent the crime in the first place. But how?

In Germany, police and other security authorities are trying to get better at prevention, using some of the latest software.

One such piece of software is developed by the Institute for Pattern-Based Prediction Technique (IfmPt) in Oberhausen.

It collects data from the most recent and past break-ins and analyzes them for patterns.

Police hope it will help them identify high-risk areas.

"The program can develop focus areas with the data and help us understand burglary patterns," says Michael Schweer of IfmPt.

Four main factors are used in the analysis: crime scene, time of crime, the things that were stolen, and the thieves' course of action. 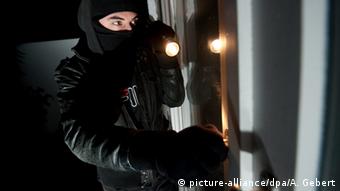 … And that's the last you'll see of your possessions

The basis for this software is a concept called "near repeat." It says that if there's been a burglary in an area, there is a good chance of a repeat offense in the same area within 72 hours.

Police can also tell which seasons see the most break-ins - New Year's Eve is a good example of that.

But beyond that, analysis is difficult because of the volume of data.

And that is where the software comes in.

"The problem is the patterns are usually rather complex," says Schweer. "The software can analyze tens of thousands of data sets in mere minutes. A human could never do that in such a short time."

So instead of wasting personnel on this work-intensive analysis, the software would only require a few officers to operate it.

They could then decide on location how to "react to each prognosis and which preventative measures to take," Schweer says.

One measure could be sending plainclothes police officers to high-risk areas.

Schweer says he does not believe burglars will react to the software by changing their strategies.

"Even if the criminals adapted their behavior, you could still see a pattern," he says. "We focus on repeat offenders, professional burglars and gangs. And they are definitely going to follow certain patterns."

The German states of Bavaria and North-Rhine Westphalia are keen to test the systems. Police in Cologne and Duisburg will use prediction software from early 2015 until September 2016.

The results will then be examined to see whether the software truly delivers.

Algorithms prevent crime before it happens

Police in the US, and increasingly in Europe, are using statistical models to predict where crime will happen next. This computer-driven law enforcement has reduced crime, but has also raised civil liberties concerns. (02.10.2013)

Berlin has signed an anti-spying deal with BlackBerry, allowing the Canadian phone maker to take over Germany's Secusmart. The encryption software maker outfits government phones, including that of Chancellor Merkel. (28.11.2014)