It’s more than monkey business: in South Africa's Cape Town, baboons sneak into homes to steal food. We talked to biologist Gaelle Fehlmann to find out more about this human-baboon conflict in the city. 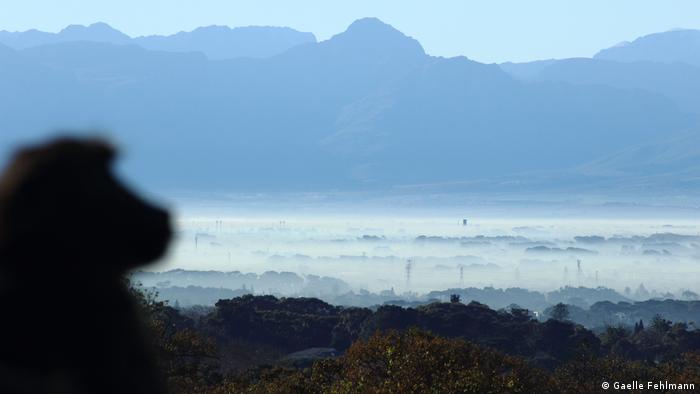 Gaelle Fehlmann is a biologist at Swansea University. As part of her PhD work, she studied the conflict between baboons and humans in South Africa. In cooperation with the University of Cape Town, she developed guidelines to better manage the relationship between baboons and urban communities.

DW: Baboons raiding homes and restaurants to steal food has been a big problem in Cape Town. How did you experience the human-baboon conflict there?

Gaelle Fehlmann: The conflict between baboons and people is very challenging. The city council of Cape Town even hired professional field rangers to mitigate the conflict. At first, rangers were permitted only to shout and chase the baboons to herd them away from urban spaces, but quickly the baboons were simply not afraid of the field rangers and more. 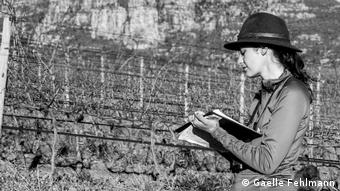 And in 2012, they started being allowed to use paintball guns in order to keep the baboons out of the urban area.

That definitely helped but it still wasn't enough, because the baboons were still able to go into the urban environment by adopting a "sit and wait" strategy.

That means that they were actually sitting close to the edge of the urban area and only entering it for a very short amount of time, five or 10 minutes. Only one or two baboons would go in at a time, it was rarely the whole group, and they would sneak into the urban environment and get food from bins for example, or from fruit trees or even restaurants.

Do baboons steal food because they're hungry?

No, not at all actually. They do have food available to them in their natural environment. It's just that the food they find in the urban environment is ten times richer in calories. It's just like if you were given a choice between a very appetizing food item, something you really enjoy, versus some uninteresting vegetables which take long to process, for example. So they are actually going for the easiest and most rewarding solution.

You tracked baboons' behavior in order to better understand the problem of raiding. What did you find?

We wanted to find out how the baboons were raiding and what consequences could it have on their biology. We found the baboons were staying in an area where the field rangers weren't so well organized, on the edge of the urban area. From there, they could very quickly get into the urban area and take the very high energy resources. When we saw that we gave the field rangers some advice, and they started to organize themselves better. They increased the buffer zone around the urban area to push the baboons further back. When we went back for a second year, it seemed like that was really helping and saw a decrease in raiding.

One very important thing we found out is that they're actually not foraging that much in comparison with naturally foraging baboons in the wild. These guys only forage around 10 percent of the time, while in natural areas, baboons usually forage 60 percent of their time! So with all this spare time, they're actually engaging them into more social activities, resting, grooming each other and also fighting quite a lot!

On this week's eco@africa, we're reporting on a "virtual fence" project in Cape Town – which aims to stop baboons raiding by tracking them via GPS collars and then playing the sounds of predators on large speakers when they come close to urban areas. What do you think of this idea?

It's an interesting idea. At the very least, it's worth a try because it's quite difficult to implement the use of actual fences. They are very costly and they also fragment the environment for other wildlife which is problematic.

So it could be very interesting but it needs to be studied because there is a risk of habituation. Even if the speakers play different sounds, I would be a little bit worried that the baboons would just get used to them and stop responding.

If that starts happening, I think it would be worth still having field rangers who could actually be informed by the GPS trackers and be there as reinforcement. If the baboons hear the noises and see the field rangers, not necessarily all the time but sometimes, it would reinforce this feeling of  "Oh, I crossed into somewhere that I shouldn't have gone," rather than "I'm just hearing scary noises but nothing is happening so I don't care anymore." 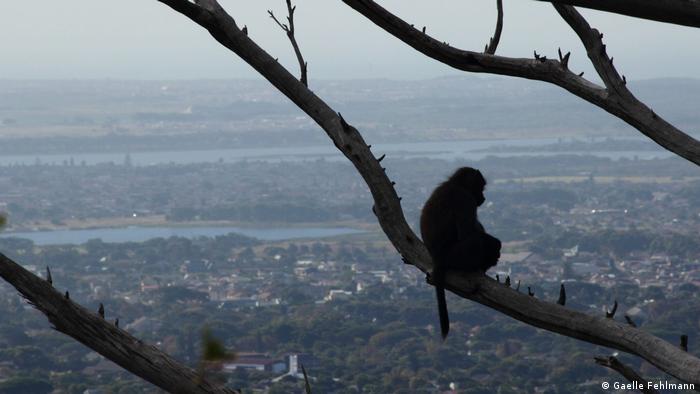 Baboons in South Africa: close to nature, close to home

You're talking about a combination of approaches to the problem of raiding – what do you see as the way forward?

I really think that we need a combination of different tools. I would probably use fences, maybe virtual fences, because as I said, they help solve the problem of fragmenting the landscape for wildlife other than baboons.

But I would also keep field rangers in place because that's actually working. Baboons are scared of the field rangers and they avoid them. It would also help to increase the distances between where baboons are allowed to stay and anywhere they have the opportunity to raid, because having to travel further would deter them from going into urban areas. 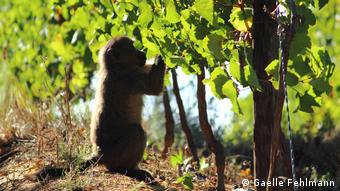 A baboon raiding a vineyard near Cape Town

What do you think the future will bring in terms of human-animal conflict?

I think it's something that is going to happen more and more frequently because a lot of different species are now starting to adapt; to actually find ways to exploit our environments.

But we have to bear in mind that there is always a risk of conflict, and that we have to prevent this from happening.

First of all, I think it's important to teach people about the right kind of attitude to have towards this wildlife. For example, it's very important not to feed wildlife. At first, people often don't see why they shouldn't – and they start feeding the animals, whether it's baboons in South Africa, or badgers or foxes in the UK. Then they suddenly realize that it's actually not very nice to have them so close to their homes, because they come to the bins and create a mess. So teaching people about the right attitude is a first step. It's also helpful to teach them not to be too scared, although it depends what the animal is – when it comes to bears in the US or Canada, for example, people need to know how to avoid them. In terms of improving urban environments, a good attitude towards wildlife is something politics should take into account.